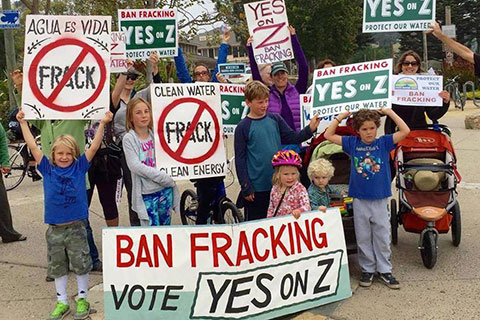 On March 26, proponents of Monterey County’s landmark Measure Z ballot initiative filed an appeal to restore the land-use protections that voters passed by an overwhelming majority in November 2016. The appeal challenges a Superior Court ruling in March that invalidated part of the ordinance, which aims to shield the county from fracking chemicals and oil industry pollution.

“We must protect our air, water and climate from dangerous oil extraction,” said Dr. Laura Solorio, a member of Protect Monterey County, the initiative’s official sponsor. “The voters made it clear that we don’t want the oil industry’s runaway expansion to threaten our health and economy. We beat the oil companies at the ballot box, and we’ll keep fighting until we beat them in court.”

Measure Z put into place restrictions on local land use that prohibit drilling new oil and gas wells, phase out wastewater disposal and ban fracking. Oil companies launched a $5.6 million multimedia campaign to stop Measure Z. Despite being outspent 18 to 1, the thousands of Protect Monterey County volunteers prevailed, and Measure Z won with 56 percent of the vote.