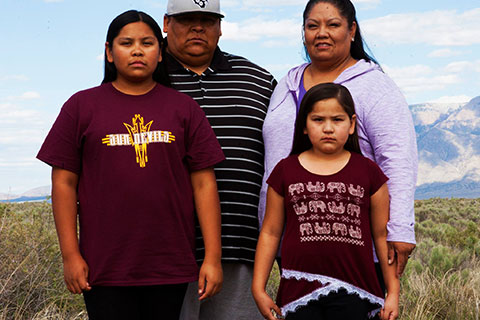 Uncolonized is a short documentary film about a native family who decided they would never enroll their two daughters in the public school system, choosing instead to homeschool them from birth. Chris is Potawatomi and Chasity is Navajo. Their daughters Nathaney and Mimicah, ages 11 and 7 at the time of filming, carry both of their parents' lineages in their blood, but also in their way of being.

The film takes a critical look at the historical experiences of native children inside of the U.S. public education system and brings clarity to the decisions of the family to keep their daughters out of the public school system. Uncolonized shares some history of so-called “boarding schools” for native children in the United States. These "schools" exercised the official U.S. government policy of "Kill the Indian, Save the Man" attempting to Americanize native children by brute force.