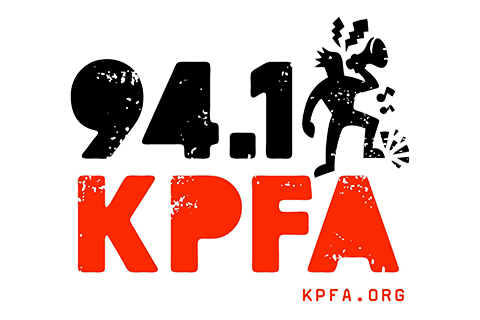 KPFA Radio at Risk
Pacifica Radio on the Ropes; Could Be Out of Existence by Middle of January

On January 8, Berkeley's KPFA radio may have its money and property seized by the Empire State Realty Trust (ESRT) because of a 1.8 million dollar debt accumulated by sister station WBAI in New York. At that point, KPFA's building and bank account may no longer be under their own control, potentially taking not only WBAI off the air, but the entire Pacifica Network which includes KPFA in Berkeley, KPFK in Los Angeles, KPFT in Houston, and WPFW in Washington D.C.

The imminent danger arose from a judgment against the Pacifica Foundation over transmitter rents owed by WBAI to ESRT. On October 4, 2016, a judge issued a ruling allowing ESRT to file in all states where Pacifica has properties, allowing them to seize money and property across the entire network. In response, the Pacifica National Board authorized the preparation of a bankruptcy petition as a backup plan on December 18. Former KPFA and Pacifica board member Tracy Rosenberg recommends as a possible solution that Pacifica take out a loan to settle WBAI's debt and remove the threat of liens and other legal action by ESRT. Some have suggested that WBAI shut down and sell its broadcast licence to cover the debt and save the greater Pacifica network.

KPFA commenced broadcasting in 1949, but may be forced to cease broadcasting due to financial and legal problems not of its own making. The Pacifica National Board has yet to take decisive action to protect the assets of the foundation, leaving the future of the network uncertain. How aggressive ESRT will be regarding Pacifica's assets on January 8 remains unknown.

Read More: The Fate of KPFA | Pacifica ED's motion to file for bankruptcy to protect its assets, including KPFA | The Imminent Threat to KPFA / Pacifica Radio | What The Dickens Is Going On? (Some Slightly More Accurate Info on KPFA/Pacifica) | Real estate mogul Tony Malkin wants KPFA and Pacifica Foundation properties | Pacifica Radio on the ropes; may be out of existence by middle of January | KPFA radio at risk due to $1.8 million judgment against Pacifica Foundation