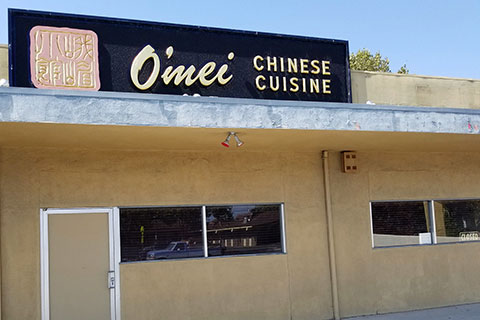 David Duke ran for the U.S. Senate during 2016, from Mandeville, Louisiana, and lost. However, Duke had a number of campaign contributors in local cities. According to public records, William H. Hubbel of Walnut Creek gave $500 to Duke’s campaign. Donations also came from Martinez, Hayward, Santa Rosa, and San Francisco.

Roger F. Grigsby, owner and founding chef of O'mei Restaurant in Santa Cruz, is another proud supporter of David Duke. Christina Waters, a local food critic who has reviewed O'mei and a contributing editor for Good Times, responded in defense of Grigsby, and accused the article's author of "fascism." Waters wrote, "Not sure who you are or what you hope to gain by ruining some careers — isn’t there enough fascism erupting in this country already, without your adding more?"

After being in business for 38 years, O'mei Restaurant closed a week after an article on Indybay exposed the owner as a campaign contributor to David Duke, and patrons started a boycott. The ripple effect of the story about campaign contributors giving money to David Duke is spreading, with some employees of Clubhouse Jager in Minneapolis quitting their jobs and a well-known DJ pulling their shows from the popular nightclub, as well as the Huge Improv Theater in Minneapolis telling the Nazis and KKK to "fuck straight off."