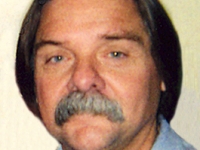 Boston Woodard, a prisoner/journalist who is a frequent contributor to Indybay, has been put in solitary confinement in retaliation for an article he wrote about conditions at Solano State Prison. Woodard, in a letter sent from Solano, stated "I was placed in Administrative Segregation ['The Hole'] on July 9, 2009. I was NOT given any disciplinary action and there is NO charges/violations leveled against me. The official 'lock-up order' (CDC-114-D) states I was being removed from the general population because I am a 'security problem' and pose a 'threat' to the safety and security of this institution, because of my writing."

Boston's article, "Rogue Prison Staff: Breaking all the Rules," published on Indybay in April, describes in detail the threats and intimidation taking place at Solano - the filing of false disciplinary charges, mail tampering, verbal threats, etc. After reading that article, representatives from the California Department of Corrections (CDC) held what Woodard described as a Kangaroo Court. According to Woodard, "CSP-Solano's warden John W. Haviland told me that I am being transferred to another prison (possibly Folsom) because of my journalistic activities. They even put that in writing."

On Monday, August 3, David Newdorf, Woodard's legal counsel, filed a lawsuit against warden John W. Haviland and those responsible for the violation of his client's free speech and civil rights. The lawsuit states that "State prisoner Robert 'Boston' Woodard, a jailhouse journalist, was placed in administrative segregation ('ad seg'), denied visitation and telephone calls, and separated from his property (including typewriter and legal papers), because California jail officials did not like what he wrote about their prison for an outside audience. Officials also retaliated against him when he filed grievances complaining about the harassment and retaliation by correctional officers for his writing."

Wednesday, August 12 update: It has now been confirmed that Boston has been transferred to the State Prison in Susanville and is no longer being held in solitary confinement. The publicity and the lawsuit against the California Department of Corrections seems to have worked.

Other articles by Boston Woodard: A Snow Job Is No Job!: What’s in a Report? | Zip Gun II | Arts in Corrections | Zip Gun | The Shell Game | Foreign National Prisoners, Targeted For Out-Of-State Transfers | The Parole Conundrum