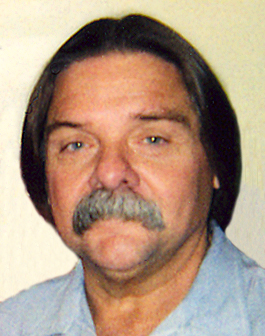 If one is mindful of the filter news proffered to the public by prison officials from behind prison walls is generated, a better understanding of why the unfettered voices of prisoners is important to the general public.

It is unfortunate that some California Department of Corrections and Rehabilitation (CDCR) officials condone prison staff and administrators by allowing them to retaliate and punish those of us (prisoners) who define our surroundings. We define prison in an accurate detail as only one who lives this life can. Hence, the public gets the complete story.

There are some officials overseeing California’s bulging CDCR who do what it takes to stop prisoners from showing and/or describing the internal, daily operations, especially the myriad of illegal and criminal tactics ubiquitous throughout the prison system. Exclusivity of a prisoner’s opinion and observation is practiced on a daily basis behind prison walls.

Once again, this time at Solano State Prison in Vacaville California, prison officials have chosen the course of retaliation in an attempt to stop me from writing about what you should know about what you are paying for.

I believe it is also important to say who these rogue prison staff are. They may not flee like so many cockroaches when the light comes on but the light should be on them never the less.

Examples of violations, misconduct and continued retaliatory acts committed by some Solano State Prison rank-and-file guards up to the warden’s level are as follows:

Retaliation, harassment and other vindictive actions toward prisoners by rogue staff can range from; verbal threats, mail tampering, illegal mass punishment (such as unwarranted shake-downs), filing false disciplinary charges on prisoners and other negative documentation, ignoring legally promulgated rules/policies and laws and more. There has been other cases when prisoners have been placed in isolation cells in retaliation for telling the public of prison abuses.

During an interview on a Citizen’s Complaint I filed on prison guard M. Vieira for gross misconduct (prisoners can file under Penal Code 148.6), the interviewer Lieutenant C. Ferguson, blurted that my editor Mike Rhodes “needs his head examined” for allowing me a forum to ‘make up shit!’ Lt. Ferguson went or’ to say that Mike Rhodes is a “Dumb idiot!” I told him I would pass that information on to Mike. The violation here is that this so-called “staff professional” did not discuss the merits of my complaint, but rather used the opportunity to threaten and harangue me regarding my journalistic activities. Mike Rhodes should wear Ferguson’s dim-witted comments as a badge of honor. My complaint against guard M. Vieira stemmed from my article about rogue prison guards. [“it Ain’t So Funny When The Rabbit Has The Gun”: Community Alliance Oct. ‘O8'

After that article was published, a series of retaliatory and vindictive punishments were leveled against me. Two of the rank-and-file guards in my housing unit, M. Vieira and R. Ibarra, ordered me to stop writing (typing my articles) on a prisoner designated table in the day room. Soon after this, during what seemed to be during a fit of rage, Guard Vieira rushed to a bulletin board designated for prisoner use, and shredded one of my published articles off the wall that someone posted. There have been numerous complaints filed on guard Vieira (for multiple counts of misconduct and episodes of bizarre behavior) by other prisoners. This prison guard’s bizarre behavior continues to be ignored by Solano’s administration. Prison grievance/appeals records will verify this.

Using what is known as the “green wall” or the guard’s “code of silence” tactics, some guards will jump on the bandwagon and begin their own retaliation against prisoners. Crossing professional and ethical lines, guard R. Ibarra (Vieira’s cohort) approached me and stated, ‘You’ve been acting funny... you’re becoming a problem and you know what’s coming next!” Shortly after that encounter Ibarra, in a loud voice said to Vieira (so I could hear him of course), “Don’t worry about him, he wont be here much longer.” These are clear threats.

A record of this misconduct needs to be made so I filed a Staff Complaint (Log No.#CSP-S-08-03589) on Ibarra and Vieira’s threats (still pending) and placed it in the out-going mail box. During the night (“First Watch”) shift, another guard, R. Coker, in violation of the law and provisions of their contract that forbids the “code of silence” by tipping a staff member off, informed Vieira and Ibarra the following morning that I had filed a Citizen’s Complaint on them. In violation of the law and my constitutionally protected right to file a grievance, the following verbal exchange, replete with threats occurred:

Guard Ibarra stated to me, “What the fuck’s up man! Why did you file a staff complaint on me?” When I asked Ibarra who told him that, he responded, and could not tell fast enough on first watch guard R. Coker. “First Watch officer Coker said you filed a complaint against me!” I informed Ibarra that it was illegal for him to be threatening me regarding my right to file a grievance. Ibarra then blurted, “You’re pushing it dude! You’d better knock that shit off!”

The actions and threats by these prison guards are of the rogue, green wall, code of silence type and should not be confused with those guards who carry out their duties responsibly and professionally.

The CDCR’s Ethics/code of Silence policies are flagrantly violated by rogue prison staff at Solano State Prison. These violations are well documented and the CDCR’s Departmental Operations Manual (DOM) Article 22 Section 3- 33030.3.1 ‘code of Conduct” delineates the responsibilities, expectations and consequences of these laws.

What makes matters more complicated (and dangerous) is when “upper staff” such as Sergeants, Lieutenants, prison administrators and the warden not only condone this misconduct, but sometimes participate in it; cover up the violations by dumbing-down and/or ignoring the merits of a prisoner’s complaint.

At the behest of guards Vieira and Ibarra, another cohort of their’s - guard S. York, attempted to set me up with a concocted CDC-115, a serious Rules Violation Report (RVR), for “Making Threatening Statements” toward a staff member. This amateurishly thrown together false report was an attempt to have me thrown into the Segregated Housing Unit (SHU), “The Hole. York’s attempt to frame me failed as I was found “Not Guilty’ by a Senior Hearing Officer (SHO) at the disciplinary hearing. There was ‘No threat made. . .” concluded the SHO’s report. The false violation report was expunged from all my records and disposed of. A Citizen’s Complaint is pending on guard S. York for the falsification of the disciplinary report.

Several days after the above incidents, I was ordered to the Facility’s administration building for an interview regarding one of the complaints I filed. The interviewer was again Lieutenant Ferguson. Ferguson began hurling baseless accusations and threats. He bellowed that I had “no right” to write articles about prison staff calling them “stupid, arrogant, greedy or dumb.’ The Lieutenant was referring to the “It Ain’t So Funny When The Rabbit Has The Gun” article. The article referred to rogue guards who break the law. Ferguson, who had his own series of investigations for misconduct, took my article personal.

The day after the so-called interview, Solano’s Facility III Sergeant M. Bradley summoned me for another interview on the same complaint that Lieutenant Ferguson faked an interview on the day before. Sgt. Bradley spent approximately 30 minutes attempting to talk me into dropping the complaint on Vieira. I refused. Two hours later I was ordered to pack all my property and was forced into a retaliatory bed move out of my housing unit of 2 1/2 years to another facility/yard that was being used for prisoners who are “disciplinary problems.”

Twelve days later, I was ordered by, who else?, Sergeant Bradley to the program office under the guise of interviewing me for the same complaint that he wasn’t qualified to hear the first time because a higher ranking Lieutenant interviewed me on it previously, albeit bogus.

During the second “interview”, Sgt. Bradley spent 15-20 minutes orating verbal nonsense which had nothing to do with a grievance. Sgt. Bradley’s “interview” was to make it look “official” so he could justify issuing me a derogatory informative CDC-128-B chrono (informative documentation placed in a prisoners file). This was Sgt. Bradley’s attempt to paint me as a manipulator” and someone trying to “place blame on staff” by claiming I was “loud” and ‘uncooperative.” This practice is pervasive behind prison walls. Believe me when I say, if any of this was true I would have been issued disciplinary reports and put in an isolation cell. Sgt. Bradley is a hurricane of himself who needs to be monitored and documented so he can be held accountable for his unprofessional behavior.

To further prove that Sgt. Bradley was hell-bent on retaliating against me by setting me up, their own signed documentation (movement pass, CDC chrono, etc.) detail that in just a few minutes, Sgt. Bradley called me to an interview, harangued me, threatened me, then sent me back to my housing unit. Minutes later, a guard from a facility on the other side of the prison, delivered a copy of an obviously pre-written documentation with selected verbiage, in an attempt to ensure his intention to make me seem at least uncooperative and manipulative. It takes one to two weeks minimum, to issue an informative chrono on a prisoner, yet Sgt. Bradley accomplished a false documentation on me in a few minutes.

It should be noted that Sgt. Bradley ordered me to the “interview” while Solano State Prison was an hour or so into a full-blown “emergency recall” (lock-down) on October 29, 2008. Prison records will verify this. There is no movement during emergency counts -- in any prison! Sullying me regarding my right to file a grievance was more important to this so-called “public servant” than counting the institution’s population for a possible escapee.

Sergeant Bradley began his retaliatory misconduct against me November of 2006. Bradley, while acting as Solano prison’s mail room sergeant, attempted to silence me by stamping “Unacceptable Material” and “Refused” on the face of an envelope with copies of an article I wrote back to the sender. The correspondence was legitimate. My attempts to have the merits of an appeal I filed were denied. (See “Unacceptable Material” Community Alliance July/2007).

The CDCR has a zero tolerance for unethical behavior or participation in any form of the Code of Silence; meaning disciplinary action will be taken up to and including dismissal or criminal charges- CDCR employees are to bring issues forward rather than cover them up. The Actions of Lieutenant C. Ferguson, Sergeant M. Bradley and guards M. Vieira, R. Ibarra, S. York and R. Coker are flagrant violations of both the ethics and code of silence which is forbidden, by covering up or participating in a prisoner’s right to define his surroundings as a journalist, and a prisoner’s right to file a grievance according to Penal Code Section 148.6.

Citizen’s Complaints have been filed on all staff mentioned in this piece and are pending investigations. Other grievances (citizen’s complaints) have been filed on guards, brass and administrators for their continued attempts to silence me and for violating my constitutionally protected First Amendment/Due Process rights. The names and actions of these prison staff are impending.

I am consulting with attorneys to consider my legal options.

Boston Woodard is a prisoner/journalist in Solano State Prison. Boston has written for The San Quentin News, The Soledad Star and edited The Communicator.

The Parole Conundrum
Published: Monday Dec 18th, 2006
http://www.indybay.org/newsitems/2006/12/18/18338477.php
Add Your Comments
LATEST COMMENTS ABOUT THIS ARTICLE
Listed below are the latest comments about this post.
These comments are submitted anonymously by website visitors.