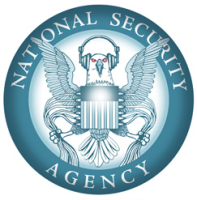 In a motion filed on Friday, April 3rd, the Obama Dept. of Justice (DOJ) demanded that the entire lawsuit be dismissed based on both the Bush administration's claim that a "state secrets" privilege bars any lawsuits against the executive branch for illegal spying, as well as a novel "sovereign immunity" claim that the Patriot Act bars any lawsuits of any kind for illegal government surveillance, unless there was "willful disclosure" of the illegally intercepted communications.

According to EFF senior staff attorney Kevin Bankston, "this is the first time [the DOJ] claimed sovereign immunity against Wiretap Act and Stored Communications Act [SCA] claims. In other words, the administration is arguing that the U.S. can never be sued for spying that violates federal surveillance statutes, whether FISA, the Wiretap Act or the SCA."

Since at least 2001, AT&T and other major telecommunications carriers have apparently been engaged in a massive operation allowing the NSA to eavesdrop and record all voice and data communication. On Sept. 18th, 2008, San Francisco-based EFF filed a lawsuit in federal court against the NSA on behalf of five California AT&T customers to stop the ongoing surveillance of their telephone and internet communications. The plaintiffs are also suing the President, Vice President and other officials who ordered or participated in the warrantless wiretapping.