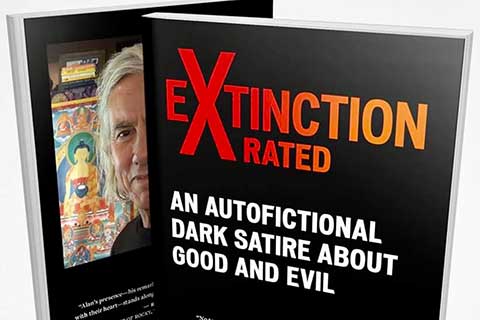 Alan Clements has been on a quest for freedom that’s taken him to Burma (now Myanmar), Yugoslavia, Australia, Bali and even to Santa Cruz. He’s been a Buddhist monk, a performer and an investigative journalist in areas of war and extreme conflict. Clements’ books, stage performances and World Dharma meditation retreats have always grappled with the challenge of living open-hearted and authentic in a world of suffering and violence.

His latest book — Extinction X-Rated — was written during the pandemic and according to Clements was “LSD inspired.” He describes the book as part autobiography and partly an “auto-fictional dark satire about good and evil.”