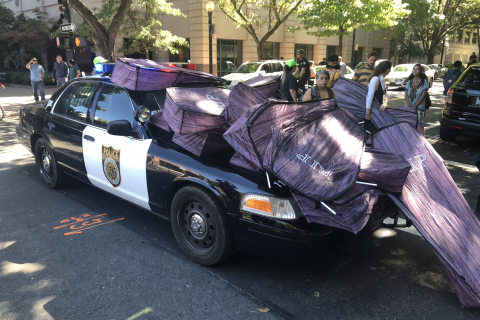 Sacramento County District Attorney Anne Schubert announced that she will not pursue criminal charges against the murderers of Stephon Clark on March 2. Outraged by the decision to not hold accountable Sacramento police officers Jared Robinet and Terrence Mercadal, the community protested. Two nights later, Sacramento police mass arrested 84 people, including clergy and journalists.

Stephon Clark is the name you know, but there are at least ten other black and brown men that have been murdered by deputies and police under District Attorney Schubert's watch.

Adam Jordon writes: Sadly, it’s the same story with all these cases no grand jury, no indictments of any officer. Like cases around the United States there has been no accountability. The police have terrorized marginalized communities in the name of the war on drugs. Using tactics likened to the gestapo of Germany. Poor people and especially poor people of color have been literally preyed upon.

Stand Up for Stephon Clark After DA Decision and Mass Arrest |

Justice For Stephon Clark and Willie McCoy! The Whole Damn System Is Guilty! |