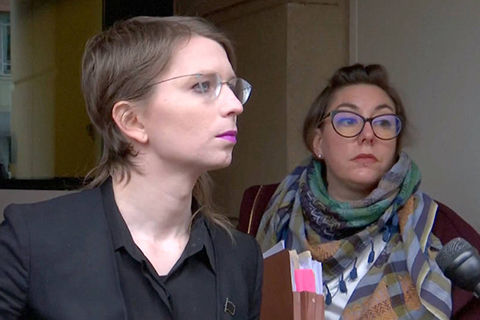 Jailed and subjected to torturous solitary confinement by the Bush administration in 2010, convicted and sentenced to 35-years of maximum-security confinement by the Obama administration in 2013, Chelsea Manning is widely considered an American hero for risking her own freedom to expose war crimes committed by the United States military in Iraq. In January 2017, as Obama was entering his final year in office, he commuted Chelsea's sentence — and, finally, on May 17 of that year, she was free.

Recently, Chelsea has refused to answer questions before a grand jury investigating WikiLeaks and its founder, Julian Assange. She had been subpoenaed by federal prosecutors in Virginia’s Eastern District to appear for questioning about her 2010 leak to WikiLeaks of hundreds of thousands of State Department and Pentagon documents. She was taken into custody on March 8 after a federal judge found her in contempt.

A speak out for Chelsea will be held at the U.S. Federal building in San Francisco on March 18 at noon.

Daniel Ellsberg Praises Chelsea Manning After She Is Jailed Again |