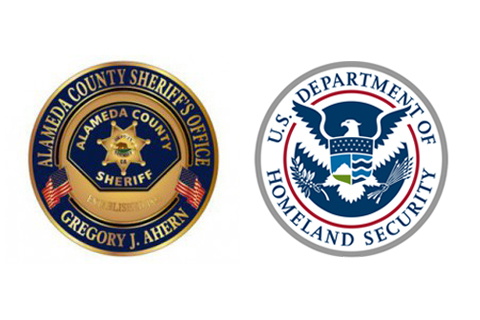 The Alameda County Sheriff's Office applied for and received a grant targeting incarcerated Black Muslims in Alameda County. The Homeland Security CVE, or Countering Violent Extremism program, has been criticized for solely targeting Muslims as susceptible to violence and extremism, while not addressing the rising threat of white supremacists. The Sheriff's Office said that their "Operation E Pluribus Unum," or EPU, is necessary to expand local reentry services for all people, including Muslims, but civil rights advocates say the project only targets one group of people: Muslims.

EPU is “clearly targeted at Muslims,” according to a recent study by the Brennan Center for Justice, a law and policy institute at NYU. According to the grant, “Ta’leef [a Fremont-based non-profit Muslim community organization] will provide services for Muslim clients. “Inmates identified as being at risk of radicalization by other ideologies” would be referred to case managers or a different, new program. The words “Muslim” and “violent” appear 31 times each in the Sheriff's Office proposal; “extremism” is used 26 times and “radicalization” 12 times. “White supremacists” is mentioned once.

“CVE is a problematic government initiative that claims to want to mitigate violent extremism but very frighteningly primarily targets the Muslim community as an exclusive or primary source of violence,” said Zahra Billoo, executive director of the Council of American Islamic Relations, San Francisco Bay Area chapter. She said the money is “tainted” and the project falls short of addressing needs of “returning citizens,” people returning from incarceration.