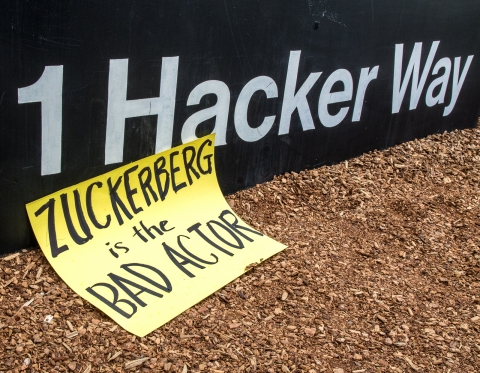 Under pressure from lawmakers, the media, and the public, Facebook founder and CEO Mark Zuckerberg will testify before Congress about the social network's most publicized data breach. COO Sheryl Sandberg appeared on national television after weeks of silence and said that Cambridge Analytica’s breach came to Facebook’s attention about two-and-a-half years ago. She admitted that Facebook failed to take enough security steps afterward to assure the data was secure.

Facebook is facing ever-increasing scrutiny since it was revealed that Cambridge Analytica, a data firm with ties to President Donald Trump's 2016 election campaign, accessed information from Facebook users without their knowledge. Facebook first said that the number of users affected were 50 million, then in a later correction said it was likely to have been 87 million. Whistle-blower Christopher Wylie, who gave The Guardian documents revealing the secret actions of Cambridge Analytica, said that accessed Facebook profiles might well exceed that number.

Meawnwhile, buried in a company announcement, Facebook admitted that most of its 2 billion users have had their personal data scraped by "malicious actors." On April 5, protesters who carried thumbs down signs said that Zuckerberg was the bad actor in this fiasco. Chanting,"transparency now!" they called for government regulation of the giant social media network while posing in front of the massive thumbs up sign at the entrance to Facebook's campus. Facebook security booted demonstrators to adjacent public property, but they did not move before giving voice to concerns about privacy and data-mining and passing out literature to Facebook visitors and personnel.

Photos | Facebook Should Apologize to Black America with $100 Million