Add an Event
Newswire
Calendar
Features
Home
Donate
From the Open-Publishing Calendar
From the Open-Publishing Newswire
Indybay Feature
Publish to Newswire
Add an Event
Related Categories: Peninsula | Womyn
Protesters Booted from Facebook Campus
by Mary DeShaw/R. Robertson
Friday Apr 6th, 2018 3:05 AM
When Facebook security tried to shut them down, protesters at the social media giant used their best delaying tactics and continued shouting and singing in front of the giant "Like" sign on the expansive corporate campus. When they were done, they walked ever-so-slowly to the opposite corner of Hwy 84 and Willow Rd. in Menlo Park.

Photos by Mary DeShaw available for non-commercial use, please credit the photographer. Text by R. Robertson. 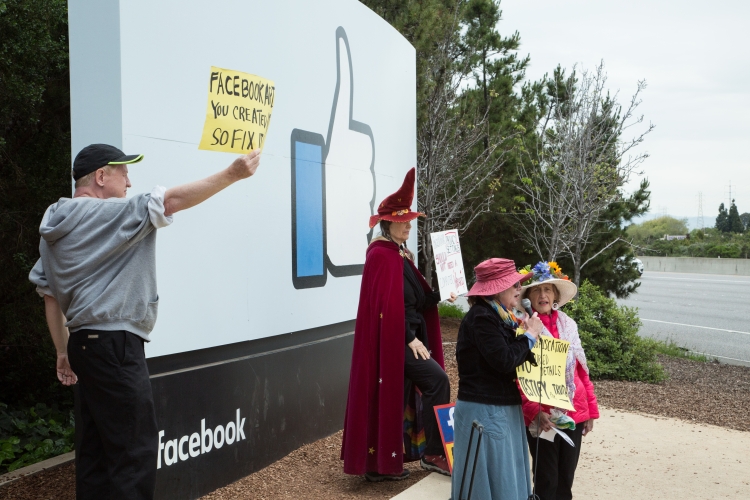 original image (5760x3840)
Demanding greater transparency and government regulation of the giant social media monopoly, members of the Raging Grannies and allies raised loud voices at Facebook headquarters in Menlo Park yesterday. Company security bore down on the demonstrators, but the Grannies used their best delaying tactics to stay on the scene, carrying on their shouting and singing in front of the giant "Like" symbol at the entrance of the massive campus. Eventually the entourage of Grannies, fellow protesters, and members of press made their way ever-so-slowly to an unmarked protesters' pen across the street.

Facebook has been a top of the news topic since revelations of the Cambridge Analytica data sharing fiasco came to light in March. Watchdog organizations in the U.K., Canada, and Australia, are calling out the company for egregious behavior. The Grannies demanded more oversight of Facebook, and insisted that user's data usage should be the default for privacy settings.

The Grannies visited Facebook HQ in 2010 with similar demands. In 2011 the Federal Trade Commission (FTC) addressed Facebook privacy issues and reached an agreement with the company, headed by Mark Zuckerberg then as it is now. Today the FTC is investigating whether the $465 billion corporation is violating privacy and data security requirements under the terms of that consent decree. The Raging Grannies Action League is a member group in the Electronic Frontier Alliance.
§Tourists were on the scene when the protesters first arrived
by Mary DeShaw/R. Robertson Friday Apr 6th, 2018 3:05 AM 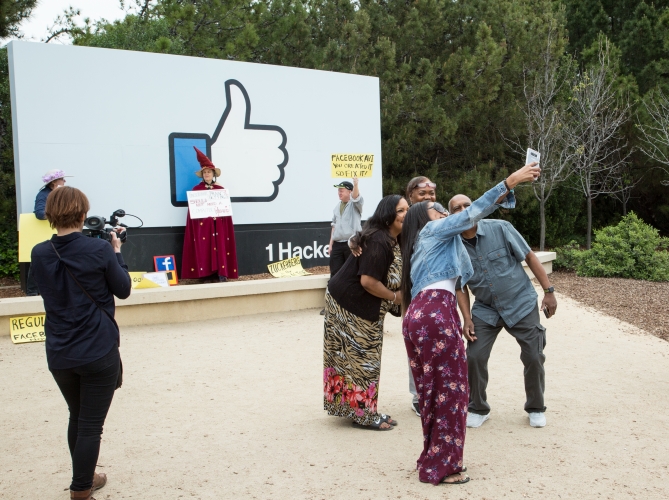 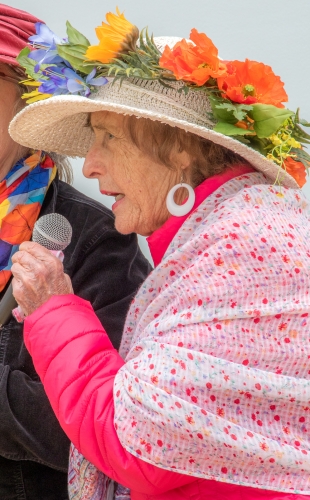 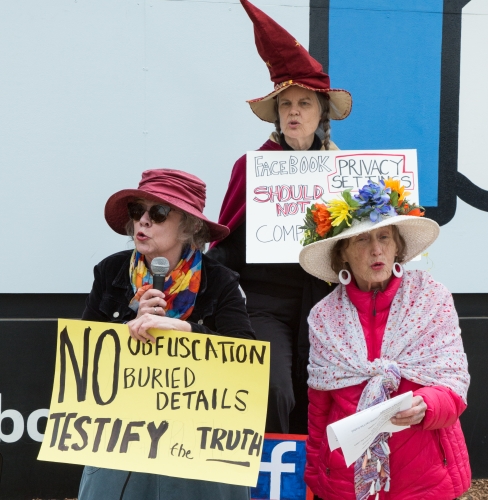 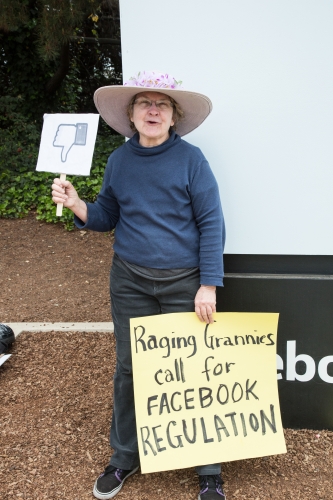 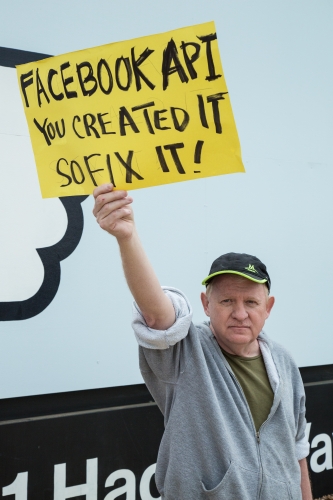 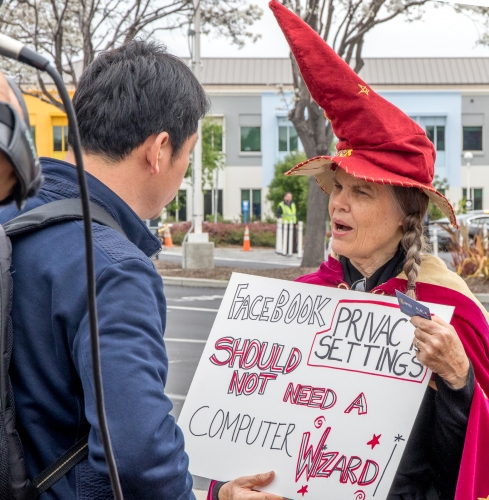 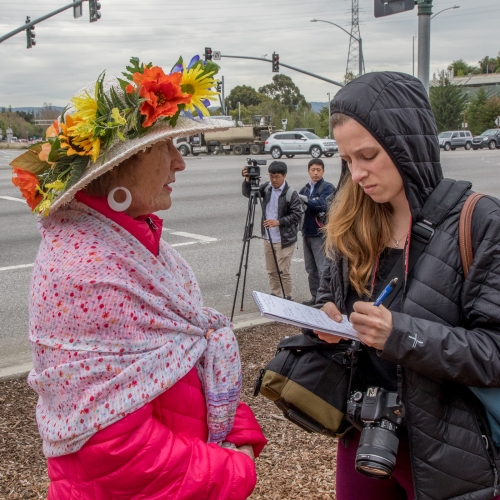 original image (1600x1600)
Corporate media is all about the Facebook "crisis". Coverage of the demo was on local news channels, and in finance sections of the printed news.
§Nash of EFF
by Mary DeShaw/R. Robertson Friday Apr 6th, 2018 3:05 AM 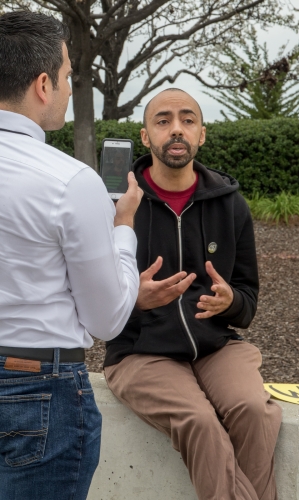 original image (957x1600)
Interview on local news channel at 6pm
§Security sent a nice young woman at first but then the popo showed up
by Mary DeShaw/R. Robertson Friday Apr 6th, 2018 3:05 AM 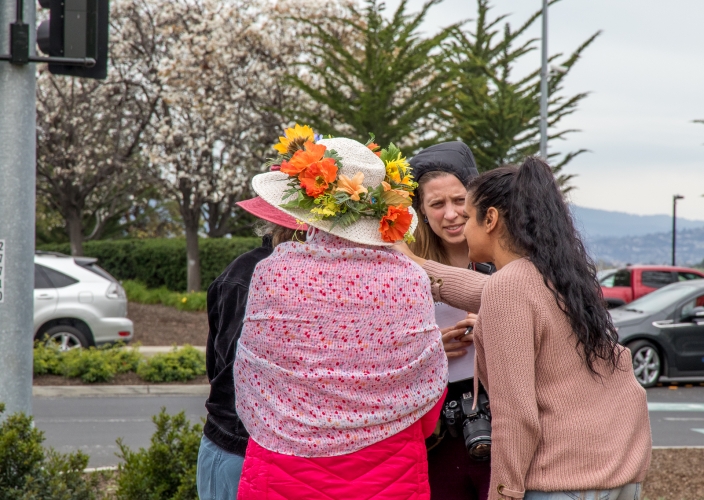 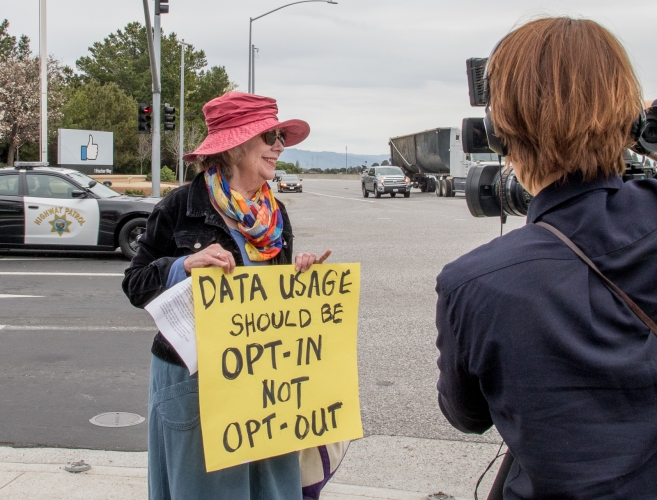 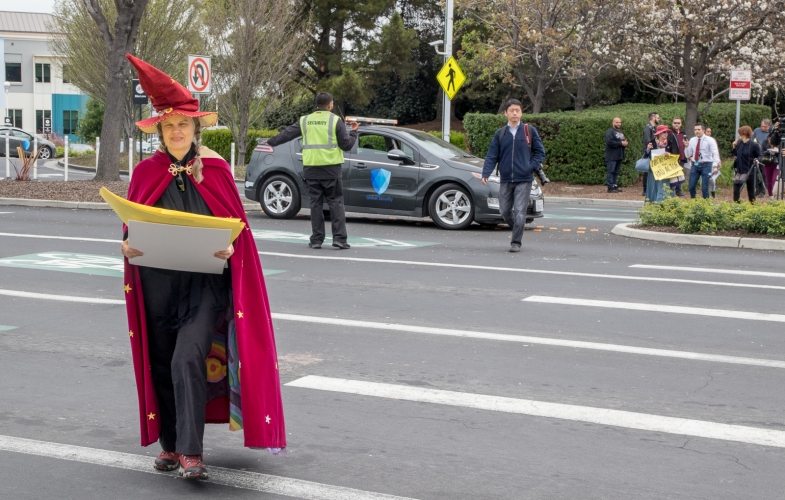 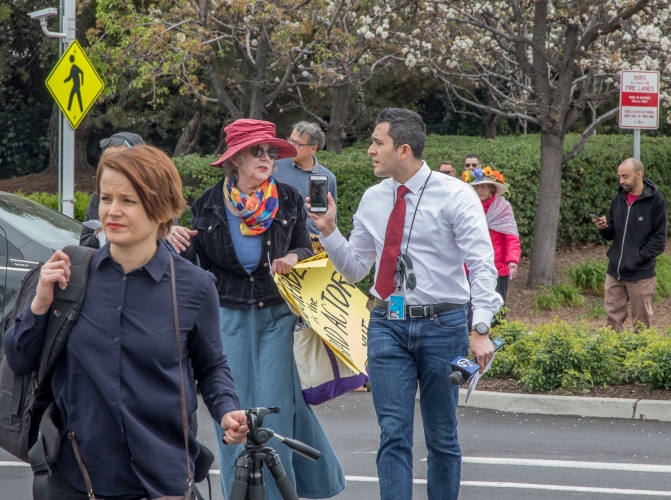 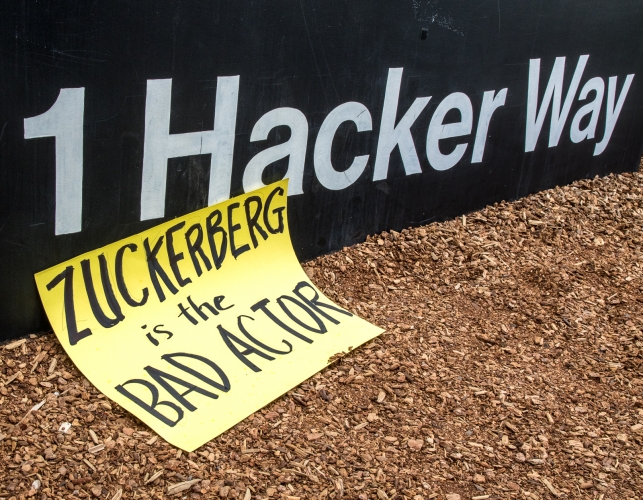 original image (1600x1244)
Add Your Comments
Support Independent Media
We are 100% volunteer and depend on your participation to sustain our efforts!