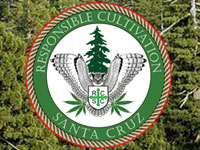 The first successful Santa Cruz County referendum in 13 years has suspended an ordinance adopted by the County Board of Supervisors to ban all commercial cannabis cultivation. The ban was adopted on April 14, and was to go into effect on May 15. Responsible Cultivation Santa Cruz (RCSC) circulated the referendum and after only 21 days filed 11,210 signatures with the county. 7,248 valid signatures are required to qualify the referendum for the ballot.

The ordinance was suspended when the Santa Cruz County Clerk Elections Department confirmed on May 11 that the referendum petitions contained more than the minimum number of signatures. The county has 30 calendar days, excluding Saturdays, Sundays, and holidays, from the date the petition was filed, May 7, to verify the validity of the signatures.

RCSC board member, D’Angelo "Cricket" Roberto, cites the analysis of CNN’s Dr. Sanjay Gupta: "To make many of the the most effective cannabis-based medicines, large quantities of cannabis plants are required. For example, plant strains rich with CBD (cannabidiol – one of at least 85 active cannabinoids found in cannabis) have low yields. To obtain sufficient cannibidiol for concentrated medical uses, such as balms, tinctures and ingestible oils, requires significantly more space than a 10 by 10 foot plot. This makes collective cultivation necessary, on larger plots, something the Supervisors' ordinance would not allow."