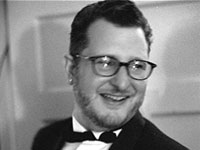 On Friday, May 28th at 1:30pm in Dept 2 at 701 Ocean St. in the court of Judge Burdick, Free Skool Santa Cruz, Last Night DIY, Trash Orchestra, and SubRosa activist Wes Modes goes on trial for 6 infractions, 5 of them nearly 2 years old, in what appears to be a joint action by D.A. Bob Lee and City Attorney John Barisone to attack community activists in town.

At 12:30pm on the steps of the courthouse, there will be a rally in support of Wes, as well the freedom of assembly and community-generated events. Read more