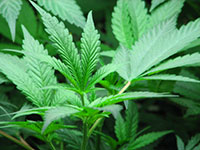 Roger Mentch, founding member of The Hemporium, a medical marijuana collective in Felton, says that protection for Santa Cruz patients, growers, caregivers, and collectives is long over due. He is helping to form a new chapter of Americans for Safe Access (ASA) in Santa Cruz County to help bring together like minded people to have a voice regarding safe access to medical marijuana. Everyone is welcome to get involved and attend the first meeting on Thursday, April 22nd from 7:15-8:45 at the Louden Nelson Center in Santa Cruz.

Americans for Safe Access is the largest national member-based organization of patients, medical professionals, scientists and concerned citizens promoting safe and legal access to cannabis for therapeutic use and research. ASA has over 30,000 active members with chapters and affiliates in more than 40 states.

Medical cannabis patients and current Executive Director Steph Sherer founded ASA in 2002 in response to federal raids on patients in California. Ever since then, ASA has been instrumental in shaping the political and legal landscape of medical cannabis.