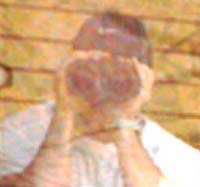 SANTA CRUZ, CA – According to a document obtained by NBC News, the Pentagon has been spying on 1,500 “suspicious incidents,” including anti-war and counter-recruitment meetings and actions throughout the nation over the past 10-month period. Among the first pages of more than 400 released, 10 college anti-war protests were listed, including UC Santa Cruz Students Against War (SAW)’s counter-recruitment protest of April 5, 2005, which was the only one to be labeled both credible and a “threat.”

Despite having dealt with both undercover police and university agents involved in the acts of surveillance and repression, the news came as a little shock to many SAW members, reaffirming long-held beliefs about the nature of the U.S. military. 3rd year student Jen Low noted the hypocrisy of the government’s messaging, reminding us that, "the notion of the Pentagon spying on peaceful protesters is a major threat to the freedoms that they claim to protect."

While the Department of Defense has not commented on the allegations, student activists assert that the rising unpopularity of the Iraq War and the inability of military recruiters to meet their quotas make the counter-recruitment movement a strong candidate for repression by a “homeland security” apparatus run amok. Read more