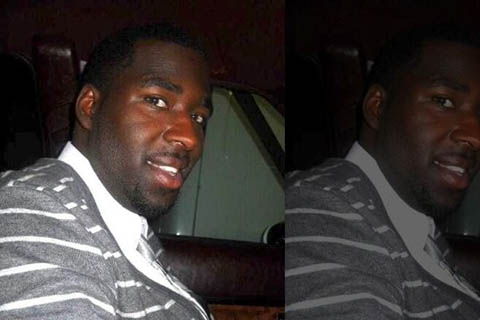 Anti Police-Terror Project reports: The global pandemic is ravaging the mental health of Black communities as they experience sickness and death at an alarming rate. This situation is the dystopian backdrop to the killing of 33-year-old beloved community member Steven Taylor by police in a San Leandro Walmart on April 18.

This officer who killed Mr. Taylor, the only person close to him at the time, had a number of choices in the moments leading to Taylor’s death. But it is abundantly clear in the multiple videos that the officer did not see Steven Taylor’s humanity. Because if the officer had seen Steven Taylor as a human being, Mr. Taylor would still be here today. He did not need to die.

There is another person who has a choice at this moment: District Attorney Nancy O’Malley. In January of this year, new use of force rules came into effect in California after the passage of AB 392. The law now states that law enforcement can only use lethal force when “necessary." There is no interpretation of the video that we have seen that could be interpreted to consider this officer’s actions necessary. They were objectively unnecessary. And thus outside of the law.