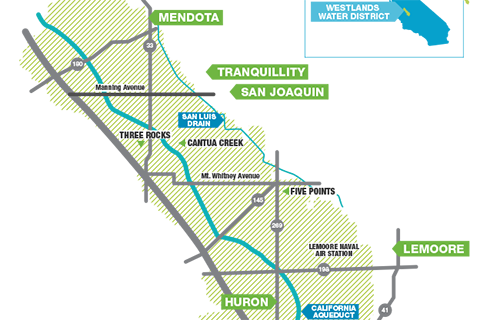 On February 28, the Westlands Water District signed a permanent water repayment contract with the Bureau of Reclamation to provide Central Valley Water Project water in perpetuity to the growers in the powerful, politically-connected water district on the west side of the San Joaquin Valley.

Westlands Water District describes itself as “the largest agricultural water district in the United States, made up of more than 1,000 square miles of prime farmland in western Fresno and Kings counties. Westlands provides water to 675 family-owned farms that average 600 acres in size.”

However, critics of the contract’s signing strongly disagree with this assessment that this land is “prime farmland,” noting that the district is located on arid, drainage-impaired land located on the west side of the San Joaquin Valley. Fishing groups, Tribes, conservationists, family farmers and environmental justice advocates have been pushing to retire much of this land from agricultural production for many years.

Barbara Barrigan-Parrilla, executive director of Restore the Delta, stated, “At a time of unprecedented climate changes and droughts we should not be circumventing the law and promising by federal contract far more water than actually exists to one large irrigation group at the expense of others.”