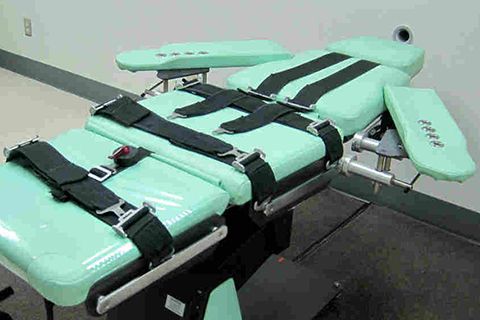 Newsom also ordered the immediate closure of the state's execution chamber at San Quentin State Prison. The order does not otherwise change any existing convictions or sentences — and will not lead to any death row inmates being released. The executive order argued that capital punishment is inherently unfair and is applied more often to people of color and those with mental disabilities.

"Our death penalty system has been — by any measure — a failure," Newsom said in a written statement. "It has provided no public safety benefit or value as a deterrent. It has wasted billions of taxpayer dollars. But most of all, the death penalty is absolute, irreversible and irreparable in the event of a human error."