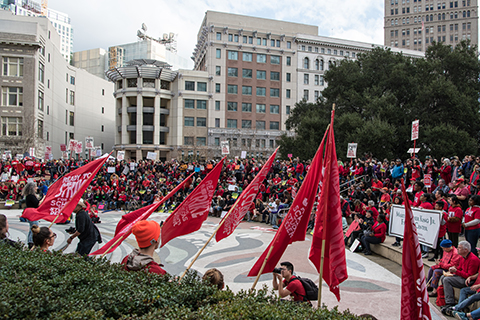 Get Up, Get Down! Oakland Is a Union Town
Teachers Striking in LA and Promising to Strike in Oakland If Funding Needs Not Met

On Saturday, January 12, several thousand teachers, students, staff and supporters marched and rallied in Oakland to defend public education and call for increased funding. Berkeley teachers attended in solidarity. The Oakland Education Association contract has expired and teachers are discussing striking in February. Hundreds of printed signs read, "Ready to Strike for the Schools that Students Deserve."

Oakland teachers are promising a wildcat strike on Friday, January 18.