Add an Event
Newswire
Calendar
Features
Home
Donate
From the Open-Publishing Calendar
From the Open-Publishing Newswire
Indybay Feature
Publish to Newswire
Add an Event
Related Categories: East Bay | Education & Student Activism | Labor & Workers
Get Up Get Down! Oakland Is A Union Town — Mass March and Rally To Defend Public Education
by Labor Video Project
Sunday Jan 13th, 2019 3:26 PM
On January 12, 2019 thousands of teachers, students and staff marched and rallied in Oakland to defend public education. The Oakland Education Association contract has expired and they are discussing striking in February. 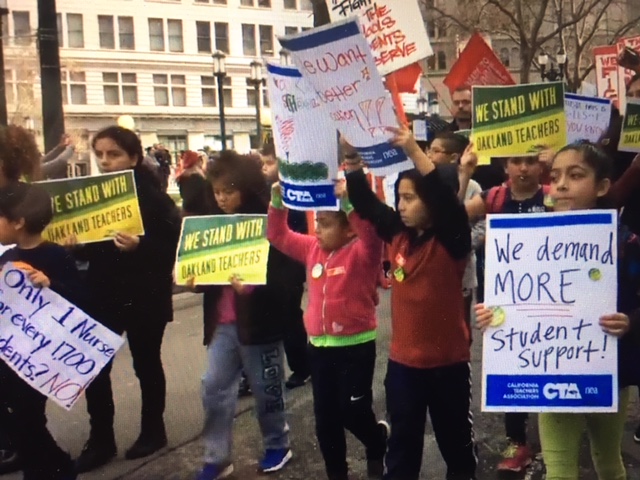 A march and rally on January 12, 2019 of several thousand teachers, students, staff and supporters of public education rallied in Oakland on January 12, 2019. Keith Brown, the president of OEA spoke at the rally. The OEA has said that they will probably be going on strike in February. 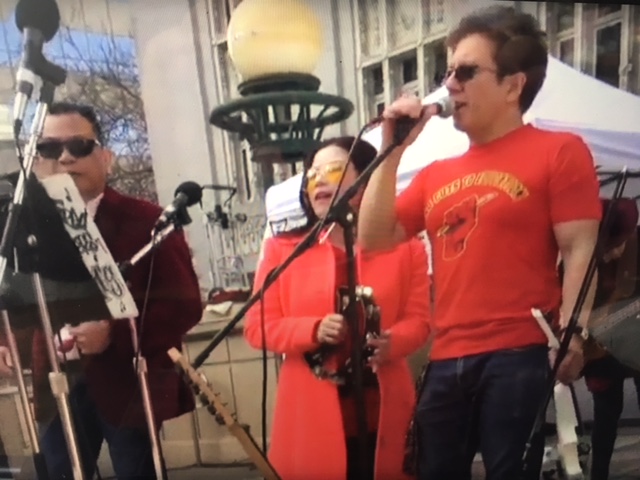 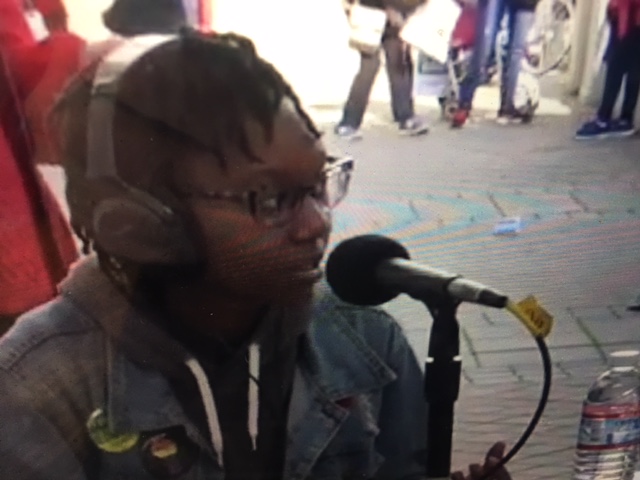 Arnetta Olden, a senior at the Coliseum College Prep Academy said that all the arts programs have been eliminated and now the school district is threatening more cuts.
https://www.youtube.com/watch?v=pplDGhDQTSc
§Need For United Public Workers Fight
by Labor Video Project Sunday Jan 13th, 2019 3:26 PM 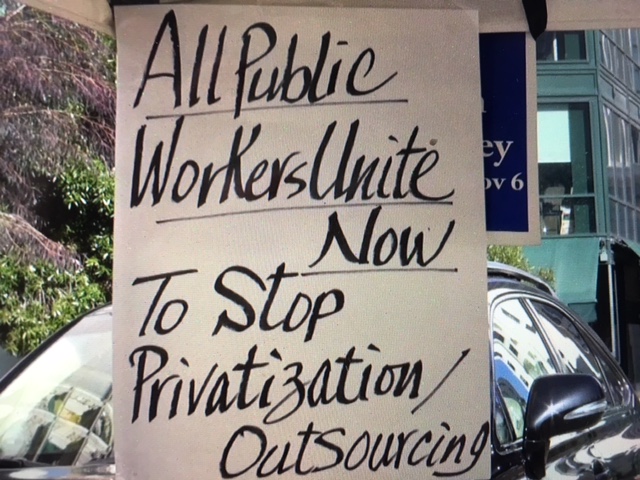 Speaker discussed the need to unite all public workers. The UC AFSCME 3299 and CWA UPTE workers are also without contracts and should unite with the teachers in this fight.
https://www.youtube.com/watch?v=pplDGhDQTSc
§Fight For Schools
by Labor Video Project Sunday Jan 13th, 2019 3:26 PM 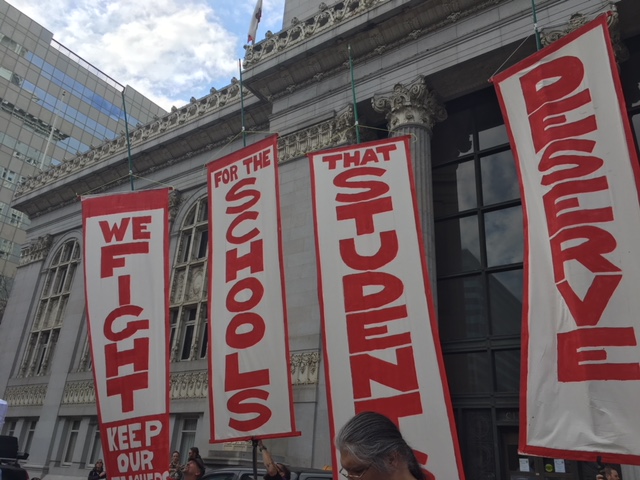 On Monday January 14, 2018 33,000 Los Angeles UTLA teachers will be going on strike and the fight for education is becoming a major battle.
https://www.youtube.com/watch?v=pplDGhDQTSc
§NAACP Is Calling For Cap On Charters In California
by Labor Video Project Sunday Jan 13th, 2019 3:26 PM 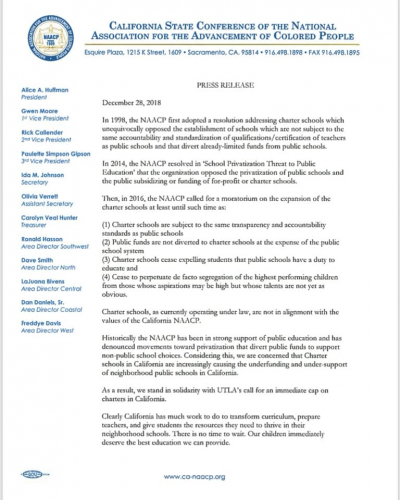 original image (768x960)
The NAACP has called for a cap on any further charters in California but the CTA and CFT continue to defend public funding for charters. They want to reform the California charter school law to make it more transparent and to enforce the Brown Act to make the charters more accountable.
https://www.youtube.com/watch?v=pplDGhDQTSc
§Defend Public Education March and Rally
by Labor Video Tuesday Jan 15th, 2019 11:17 PM
Copy the code below to embed this movie into a web page:
Download Video (29.0MB) | Embed Video
(Video by Gerard Ange, 5:32)

A march and rally of several thousand teachers, students, staff and supporters of public education rallied in Oakland on January 12, 2019. Keith Brown, the president of OEA spoke at the rally. The OEA has said that they are likely to go on strike in February. There are more than 40 charter schools in Oakland which is siphoning off more than $50 million. The main focus of the rally was to reform proposition 13 to tax the corporations more fairly.
https://www.youtube.com/watch?v=pplDGhDQTSc
Add Your Comments
LATEST COMMENTS ABOUT THIS ARTICLE
Listed below are the latest comments about this post.
These comments are submitted anonymously by website visitors.