Add an Event
Newswire
Calendar
Features
Home
Donate
From the Open-Publishing Calendar
From the Open-Publishing Newswire
Indybay Feature
Publish to Newswire
Add an Event
Related Categories: East Bay | Arts + Action | Global Justice & Anti-Capitalism | Health, Housing & Public Services | Police State & Prisons | Racial Justice
Qilombo in Oakland Evicted by Sheriff's Deputies: Chaga Responds (video)
by Dave Id
Thursday Jan 10th, 2019 9:42 PM
Qilombo members have been locked out of the community social center they've maintained for over four years. Landlords attempted to push Qilombo out almost as long as they've been there, with the current corporate landlord refusing to renew their lease since 2016. Qilombo resisted displacement, that is until deputies showed up without warning and padlocked the building. 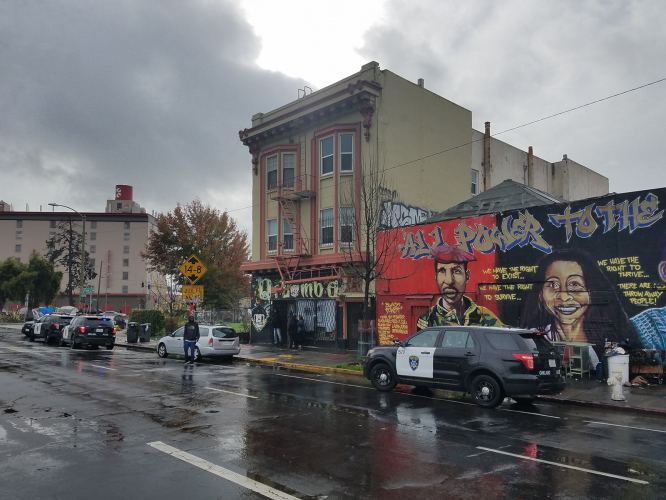 
When no one was in the building on the morning of January 9, Alameda County Sheriff's deputies oversaw the padlocking of security gates on behalf of the property management company, thereby formally evicting Qilombo from the building. Presumably, a representative of the landlord actually placed the new locks.

Hours later, Qilombo member Chaga kwa Nia requested permission to enter the premises from maintenance workers who were inside, so he could gather clothing and other items. He placed them in a bag and left the bag on the sidewalk out front.

When Chaga returned, Oakland police vehicles were in front of the building. As Chaga walked away with his bag, OPD accused him of having broken into the building and handcuffed him. He was later released and not charged with any crimes.

During the time they were there, police entered the space and removed computer equipment, Qilombo members say, but no warrant was shown to those who had arrived after the police. OPD were on the scene for about an hour.

Originally leased and established as The Holdout social center in the Fall of 2011, after having been vacant for years, the storefront on San Pablo Avenue re-opened as Qilombo in April 2014. Qilombo offered neighborhood residents a reading library, educational programs, computer access, meals, a garden next door, and more. Qilombo hosted music and arts gatherings as well as countless politically radical events on behalf of those effected by police violence, prisoners, and other marginalized peoples from across the country and around the world.

In 2015, the previous owner of the long-empty lot next to the building attempted several times to evict farmers and destroy the Africa Town community garden, but backed down after hundreds of allies showed up to defend the space and city officials intervened on behalf of Qilombo.

Neill Sullivan's SMC East Bay acquired the building and the adjoining lot used for the garden, then refused to renew Qilombo's lease in 2016. SMC East Bay, along with Sullivan's REO Homes, is responsible for numerous evictions and widespread gentrification throughout Oakland, especially in West Oakland. Qilombo has been fighting to hold on to the space ever since, until deputies rushed the building when no one was present and put new locks on the doors.

In the video below, Chaga explains that the eviction process was allowed to proceed against Qilombo without their participation because the rental company, the post office, the city, and the sheriff's office conspired to make sure Qilombo members did not receive related notices and legal filings. They were out of the loop until sheriff's deputies locked Qilombo.

Next steps for the community social center remain uncertain.


[UPDATED: The initial version of this story reported that Oakland police had raided and evicted Qilombo without noting the prior actions of sheriff's deputies.] 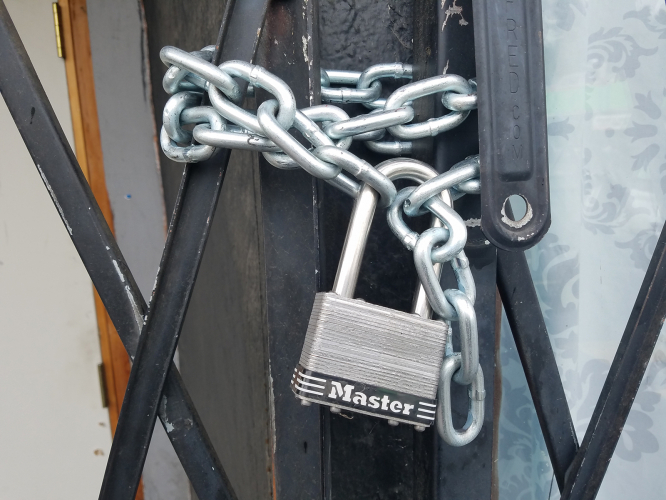 original image (1600x1200)
(The security gates, as well as the large plate glass windows in front, were installed by Holdout members, not any landlord of the otherwise long-neglected property. The entire space was completely renovated at tenant expense and labor, from repairing walls and refinishing floors to having asbestos professionally removed in the basement.)
http://qilombo.org
§Africa Town community garden at Brush and 23rd Streets
by Dave Id Thursday Jan 10th, 2019 9:42 PM 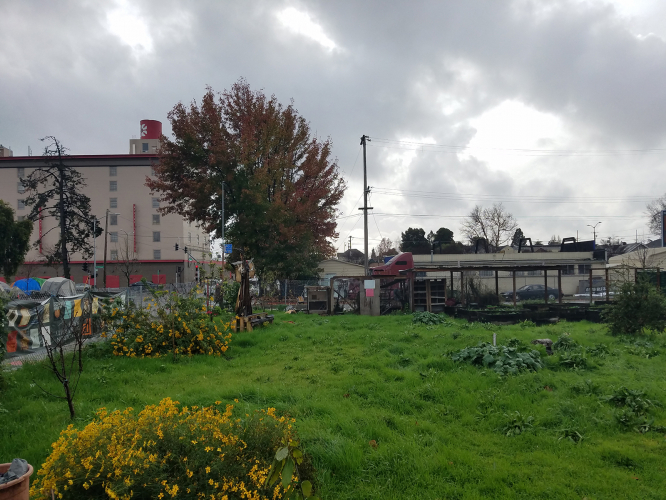 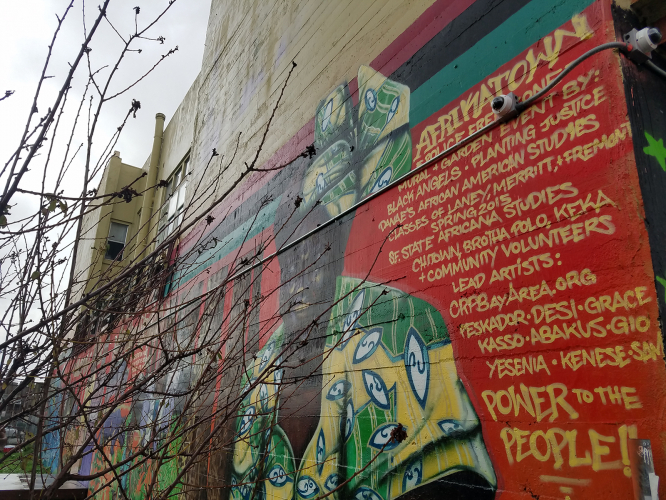