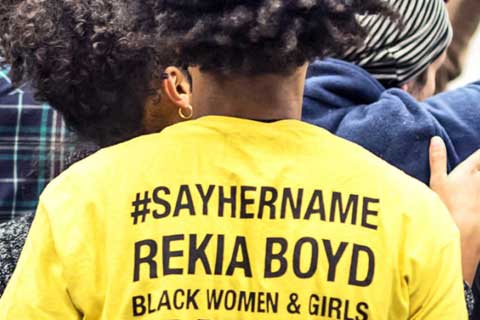 Black people, especially women, are more likely to have been unarmed when killed by police than non-blacks, according to a new study of nationwide data. This risk also appears to increase in police departments with a greater presence of non-white officers, report the researchers. A key finding of the study is that nearly 60 percent of black women killed by police were unarmed at the time of the interaction.

The study is the first in a series of reports from the ongoing Fatal Interactions with Police (FIPS) research project, which includes contributions from public health and biostatistics experts at hospitals and universities. While the odds of being killed by police when unarmed were about the same for black and white males, the high percentage of unarmed black women killed by police significantly increased the overall odds for unarmed blacks.

“Our analysis finds that the ‘hands up, don’t shoot’ slogan of the post-Ferguson movement becomes most relevant when you also ‘say her name,'” says lead researcher Odis Johnson, associate professor of education and of sociology at Washington University in St. Louis.