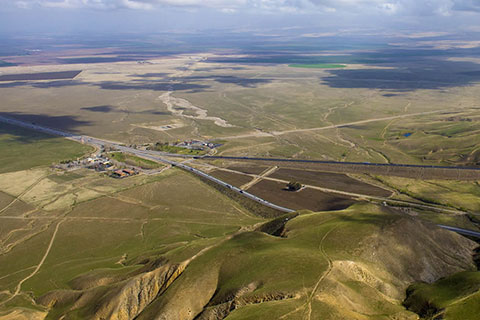 On December 6, the Kern County Board of Supervisors approved Tejon Ranch Company’s disastrous Grapevine project, despite criticism from the Center for Biological Diversity about the harm the project will do to wildlife and nearby communities. The 8,000-acre development will straddle the San Joaquin Valley and Tehachapi Mountains and create a new city of up to 12,000 dwelling units and up to 5.1 million square feet of commercial real estate.

The project will destroy habitat for the endangered San Joaquin kit fox, blunt-nosed leopard lizard and threatened San Joaquin antelope squirrel, along with up to 36 other rare and imperiled species.

“The blunt-nosed leopard lizard and San Joaquin antelope squirrel are teetering on the brink of extinction,” said Ileene Anderson, a biologist with the Center. “It’s tragic that the county’s willing to sacrifice these species on the altar of an unsustainable sprawl development.”