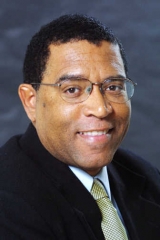 Journalist Chauncey Bailey was shot to death in downtown Oakland on August 2nd. Bailey was killed around 7:30AM on 14th Street near Alice Street, in what police described as "an assassination". Witnesses said a single gunman wearing dark clothing and a ski mask approached Bailey, shot twice and ran away. On August 4th, Devaughndre Broussard, 19, was booked at North County Jail in Oakland in connection with the shooting. Broussard was a handyman at Your Black Muslim Bakery and has reportedly "confessed to having shot and killed Bailey with a shotgun because he was upset with the journalist's coverage of the group." In 2002, the East Bay Express wrote a two-part series about the Yusuf Bey "family", which runs the bakery. The articles included past allegations of murder, torture, kidnapping, rape, and other crimes (see The Sinister Side of Yusuf Bey's Empire and How Official Oakland Kept the Bey Empire Going). In November 2005, Yusef Bey IV and several others were recorded smashing alcohol in several Oakland liquor stores (reports 1 | 2). Chauncey Bailey was an editor for the Oakland Post from June 2007 until his death. Bailey had previously worked as a reporter for The Oakland Tribune, and before that The Detroit News for ten years. Bailey had been known for his assertive style of questioning city officials. Oakland Police spokesman Ronald Holmgren said: "I know him as being a somewhat outspoken type individual, assertive in his journalistic approach when trying to get at matters at hand." New America Media Executive Director Sandy Close said of Bailey, "Chauncey was a co-founder of New America Media and one of the best investigative journalists working bar none. He was brave in the face of whatever challenges he had to confront, especially any institution, public or private, that was not living up to the communities expectations and standards. He loved focusing on the local and global, he was adept at connecting the Bay Area Black community to the international African diaspora. He once said, 'All of the ethnic media are like fingers on a hand. Only together will we be strong like a fist.' Chauncey Bailey was distinguished by his work in the Oakland Tribune, Oakland Post, San Francisco Sun Reporter, San Franciscvo Bayview, Soul Beat TV and Our TV among others. He will be sorely missed." Read More | Lynda Carson: In Memory of Chauncey Bailey: We'll Miss You Chauncey | Oakland Police Say Bailey Murderer Did Not Act Alone | Berkeley Daily Planet: Tributes on the Life of Chauncey Bailey | Earl Ofari Hutchinson: The Danger Signs Were There | Wikipedia: Chauncey Bailey | YouTube Video Of Chauncey Bailey Talking About The Black Press | Oakland Post