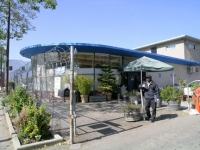 Some 75 medical marijuana supporters rallied at a July 31st Berkeley City Council meeting to protest the LAPD's seizure of the bank account of the Berkeley Patients' Group. The supporters had gathered to urge the City Council to adopt a Sanctuary Resolution similar to one that San Francisco had previously adopted. Local medical cannabis activists spoke about the need to protect patients and providers from federal interference both in Berkeley and across the state. Due to laws related to public notice and the absence of Mayor Tom Bates, a vote to adopt a Sanctuary Resolution was not possible. City Council members assured the patients and their supporters that this issue will be taken up when the City Council reconvenes in September.

The LAPD's action was a follow-up to the recent DEA raids in LA, where the BPG's sister facility, California Patients' Group, was raided. The CPG has reportedly closed, but the BPG is remaining in operation along with another sister facility in West Hollywood, the Los Angeles Patients' Group, whose bank was also account seized. California NORML writes, "Contrary to the report in the Chronicle... the LAPD appears to have acted on its own without DEA in seizing the BPG's assets." At issue now is whether the LAPD will turn the assets over to state or the federal authorities. Ironically, the seizure of these assets deprives California sales tax funds that BPG had been planning to pay to the state Board of Equalization this week. The DEA's medical marijuana raids have cost California millions of dollars in tax revenues and hundreds of paying jobs.

The BPG is one of the oldest and most respected patients' groups in the state, as are its sister clubs in LA and West Hollywood. In addition to providing cannabis, they provide other health and social services to their members. They have played a leadership role in lobbying for safe access to medical marijuana, working with local officials in support of sensible regulations, and encouraging and training other providers in responsible dispensary operation.