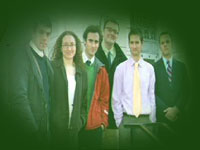 Convicted and sentenced earlier this year, the first of the SHAC7 (actually 6) began serving time in jail this week. On October 3rd, Andrew Stepanian became the first person in the United States to do time under the Animal Enterprise Protection Act. Andrew Stepanian was sentenced to three years in prison which is the maximum allowed under the Animal Enterprise Protection Act. Other sentences for members of the SHAC7 range from 1 year to 6 years which are set to begin in the near future.

None of the Stop Huntingdon Animal Cruelty (SHAC) activists were ever accused of causing physical damage to property or people. Instead, they were convicted of targeting the British animal research company Huntingdon Life Sciences by maintaining a website which contained information that could potentially be used to commit a crime. The case has drawn scrutiny from civil rights advocates who say groups like SHAC have been singled out because they campaign against major corporations. The FBI has called animal rights groups the nation's number one domestic terror threat while Congress has been working to pass more laws offering special protection for businesses that profit from the use of animals and restricting activists' free speech (1 | 2 | 3 | 4). The pending Animal Enterprise Terrorism Act (AETA) is a bill that, if passed, could make it a crime to cause any business classified as an "animal enterprise" (e.g., factory farms, fur farms, vivisection labs, rodeos and circuses) to suffer a profit loss — even if the company's financial decline is caused by peaceful protests.