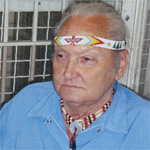 A Press Conference/Rally to Stop The Execution of Clarence Ray Allen will be held on Thursday, January 12th at 4:00 PM at the California State Building at Van Ness and McAllister in San Francisco. Clarence Ray Allen’s daughter and grandson, as well as political activists from around the Bay Area, will speak out against killing Allen. They are enraged that in spite of Allen's age and poor health, the racism and flaws of the death penalty, and the pending legislation that would halt all executions in California, Clarence Ray Allen's death has been scheduled for 12:01am on January 17th.

Rally organizers point out that the state is speeding up the pace of executions following the December execution of Stanley "Tookie" Williams. After Clarence Ray Allen, the state plans to execute Michael Morales, and possibly several additional individuals in 2006. They see now as the ideal time to build the movement to stop executions.

The ACLU of Northern California held a Sacramento lobby day with nine California exonorees on January 10th. They are asking for people to call Assemblymembers to urge support for Assembly Bill 1121, the California Moratorium on Executions Act. It was announced this week that Governor Schwarzenegger will not hold a clemency hearing for Allen. The governor has not yet stated if he will conduct a clemency review, in which he would make a decision based on documents rather than on oral arguments.

A day of action to protest the execution of Clarence Ray Allen will be held on January 16th. The day will start with a Walk for Abolition from San Francisco to San Quentin Prison. There will be protests in Sacramento, Fresno, Palo Alto, Berkeley, San Rafael, El Cerrito, and many other cities in California. Details about these events