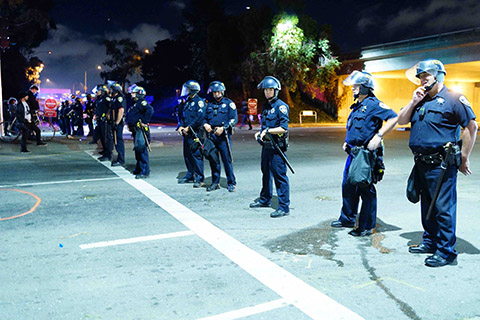 Citing a pattern of consistent stonewalling, investigative journalists have taken the Oakland Police Department to court to force it to comply with state public records laws. Two petitions brought in Alameda County Superior Court claim the department routinely ignores public records requests, professing a commitment to transparency even as thousands of open Public Records Act requests languish in their system. One petition, filed Aug. 19 but made available by the court Sep. 2, claims the department offers only a standardized automatic response to thousands of requests — if it replies at all.

The Oakland Police Department, like any other government agency, must comply with the California Public Records Act’s strict response deadline of 10 days, plus an additional 14 days if it invokes a specific exemption. But the department is also required to “promptly notify the person making the request of the determination and the reasons therefor” by disclosing whether it has responsive records or whether it will be withholding them under a statutory exception. The journalists say the department has done neither, adding that it also flouts the Sunshine Ordinance enacted by Oakland to bolster the CPRA.