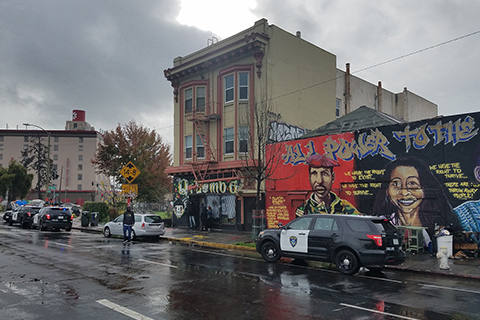 Qilombo members have been locked out of the community social center they've maintained on San Pablo Avenue for over four years. Landlords have attempted to push Qilombo out almost as long as they've been there, with the current corporate landlord, Neill Sullivan's SMC East Bay, refusing to renew their lease since 2016. Qilombo resisted displacement until Alameda County Sheriff's deputies showed up without warning and padlocked the building on the morning of January 9.

Hours after being locked out, Qilombo member Chaga kwa Nia came to the building to retrieve clothing and other items. Oakland police accused him of having broken into the building and handcuffed him. He was later released and not charged with any crimes. Next steps for the community social center remain uncertain.