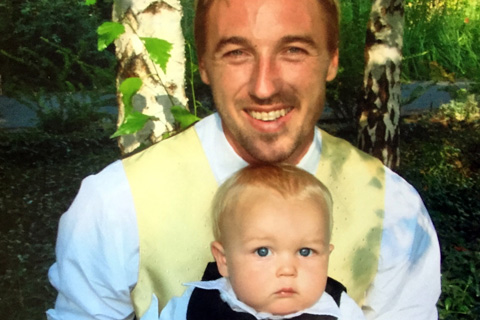 Officers with the Santa Cruz Police Department shot and killed 32-year-old Sean Smith-Arlt outside of a home on the corner of Chace and Getchell Streets on the west side of Santa Cruz. Police have stated that Smith-Arlt, who was experiencing mental health issues, was advancing towards officers with a gardening rake when officers deemed him a threat and shot and killed him at about 3:30 am on October 16. In response, residents have organized a candle light vigil at the Town Clock in Santa Cruz for No Police Brutality Day on October 22.

Police say Smith-Arlt was in the backyard of a house on Chace Street when they first encountered him. They say they ordered him to leave. Once Arlt left the backyard and advanced towards officers with the garden rake, approximately 20 seconds passed before a single officer fired two shots to kill him. Police say they attempted to tase Arlt prior to shooting him during that 20 second period. According to the police, Smith-Arlt did not make physical contact with the officers as he was advancing towards them. A press release from SCPD has indicated there is an audio recording of Arlt's killing: "Based on the audio recording, once Mr. Arlt emerged from the backyard, this situation unfolded in approximately 20 seconds. Because of the rapid succession of events, the officers did not have the opportunity to dialogue and negotiate with Mr. Arlt."

The family of Sean Smith-Arlt has released a public statement that describes how dear Sean was to them, and what type of person he was and what some of his accomplishments were, including being the proud father of a 4-year old son. They have confirmed Sean was suffering from ongoing mental health issues at the time he was killed by police. The family is calling for a more independent investigation into the killing. "On October 16th the police were well aware that Sean was struggling with mental health issues. The information that has been released so far is not telling the whole story. We are hopeful that with a more independent investigation, the entire truth will come out and justice will be done," the family states.