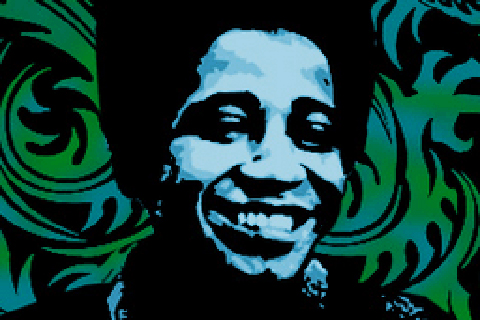 Davey D writes: I was alerted to an inflammatory story from Bay Area ABC news reporter Dan Noyes that basically sought to disparage the Black August celebrations. The story noted that "police sources" had leaked a memo to him stating that prison guards and police were gonna be attacked by members of the Black Guerilla Family in celebration of Black August. Many found the allegations to be outlandish.

For those who are unaware, Black August is a month that is held to high esteem by many in the Black community who celebrate the resistance movements that have long been a part of our history for the past 300 hundred years. It also seeks to bring attention and calls for political prisoners here in the US to be set free.

In addition to smashing on Black August, this ABC news story cited the SF Bayview newspaper and basically accused it of being a contributing source to tensions between inmates and law enforcement because of articles it ran pointing out that California Department of Corrections and Rehabilitation was responsible for last year’s tragic killing of longtime prisoner and freedom fighter Hugo Pinell.

The decision by ABC to run this story where they are essentially mouth pieces for police brass speaks to a larger issue in play, the cozy relationship between corporate media and police departments.