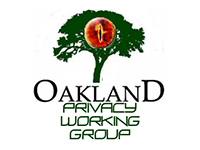 In an example of collaboration with privacy advocates, on November 17, the Alameda County Board of Supervisors passed a comprehensive privacy policy regulating the county's use of cell phone interceptor equipment (often referred to in the press by “Stingray” or “Hailstorm”) before approving the purchase of an equipment upgrade. The policy requires a warrant before any deployment of the device and periodic audits of use.

Governor Jerry Brown signed SB 741 (Hill, S-13-D) into law earlier this year requiring cell phone interceptor technology be subject to public hearings prior to purchase and annual use audits. Alameda's purchase was first presented in October 2015 and was intended to go forward before the new law took effect on January 1, 2016.

Privacy activists from Oakland Privacy Working Group — an ad-hoc citizens group that came together in the City of Oakland in 2013 to engage with municipal government on issues of privacy and surveillance equipment — delayed the vote of approval and, in conjunction with the ACLU of Northern California and the Bay Area Council on American-Islamic Relations (CAIR-SFBA), met with every member of the Board of Supervisors to insist the upgrade purchase not go forward until a comprehensive privacy policy was drafted, approved by the Board and was in compliance with the new state law.

Previous Related Indybay Feature: Alameda County DA Wants to Spy on You – Without Any Oversight