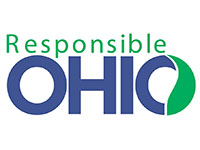 Issue 3 submitted by ResponsibleOhio would amend the constitution legalizing both the medical and personal use of marijuana for persons 21 years and older. Personal users may possess up to one ounce and may cultivate up to four plants. Local bans are not permitted.

For marijuana advocates, the main cause of consternation over the initiative is that it endows “exclusive rights for commercial marijuana growth, cultivation, and extraction to self-designated landowners who own 10 predetermined parcels of land.” To the disappointment of it's backers, the official title for Issue 3 states, “Grants a monopoly for the commercial production and sale of marijuana for recreational and medical use.”