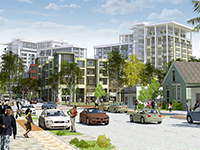 Advance the Struggle writes: What follows is a critique of the West Oakland Specific Plan – WOSP – which the city of Oakland hopes will help in “developing” West Oakland and is attempting to pass in the coming weeks. We offer this critique and brief thoughts on strategy in order to support the ongoing work of combating displacement and gentrification that has been hitting the Bay Area for a long time.

We find ourselves in a city that’s clearly at the crosshairs of the system’s plans for intentional development and displacement: highly concentrated capital in the Bay Area and projections of millions of jobs being created in the next 10 years; a strategic plan by city politicians across the Bay to house these new high wage workers within its multiple cities; and the ongoing displacement of low wage workers and unemployed people. This is the situation Oakland Mayor Jean Quan references when she states that she’s seeking to bring in 10,000 new residents to Oakland while saying nothing about keeping long term residents and working class people in Oakland.

What does this growth look like? A glance at the video accompanying the presentation of the WOSP to the Oakland Planning Commission featured the familiar architecture and spatial layout of Emeryville mixed in with your typical Whole Foods store. The development that’s presented is about attracting an influx of capital investment – retail, industrial, and high wage residents – and transforming West Oakland into a center of commerce for a new set of residents. New growth is about raising property values and attracting new residents and businesses, not improving the situations of those who already live there.