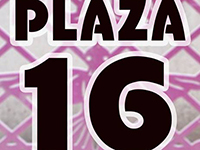 People gathered at 16th and Mission streets on the afternoon of February 1 to oppose the development of highrise condos at 1979 Mission Street. The proposed development, by another faceless corporation, Maximus, would construct two 10-story towers of 351 "market rate" condominiums at $3,500 per month each, while displacing low income tenants and small business owners, and further marginalizing homeless people. The bilingual rally was organized by La Playa 16 Coalition/The Plaza 16 Coalition.

An activist from the local community organization Poder reported that the proposed development has already been negatively affecting the 16th and Mission BART plaza, where the rally took place: “About a year ago we started to see signs around the plaza reading ‘Keep It Clean.’ We thought there was something funny about it. They were very expensive looking signs. Then last September the police began occupying the plaza. This caused the displacement of people who’s been hanging out in the plaza for decades. We started seeing a connection between this and these proposed buildings.”

A sign at the rally read: “First, They Evict Us From Our Homes. Then, The Plaza. STOP The Push Out of SF."

Commenters on Indybay write, "market-rate housing means housing that is absolutely only affordable for yuppies and the rich," and "from a perspective of working people and renters, there is no such thing as acceptable market rate housing for San Francisco."