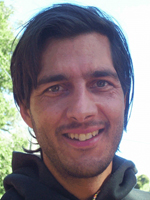 UPDATE: The trial has been delayed. More details will be forthcoming.

On November 17th, a Jerusalem civil court will convene regarding the case of Tristan Anderson, an international solidarity activist from Oakland, California, wounded in March 2009 when he was shot in the head by Israeli border police in Ni'ilin, Palestine. He survived the attack on his life, but has been left paralyzed on one side of his body and with significant damage to his brain. In the weeks following his shooting, the family of Tristan Anderson initiated legal action against the Israeli military in both criminal and civil court. As is the pattern, the police investigation into its own conduct yielded no criminal convictions against any of the officers or military personnel involved in the shooting. The investigation has been widely criticized as a sham. To date, no one has been charged with any crime whatsoever related to the shooting of Tristan Anderson. The police, instead, chose to focus much of the attention of their so-called investigation on attempts at information gathering against activists.

Supporters write: "We demand that the State answer for the unprovoked attack on our friend, and we maintain that Tristan's shooting was not an isolated incident but part of a pattern of deadly and illegal violence being used against protesters in Palestine."

On November 17th at 6:30pm, there will also be an event in Berkeley in solidarity with the trial featuring Tristan, an update from court from Gabby, and a discussion as well as music.