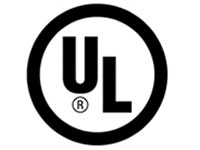 During a meeting on February 10th in which they joined six other local governments who have passed laws criminalizing the installation of wireless Smart Meters, the Capitola City Council discovered that the wireless Smart Meters that CA utilities are trying to install are not certified by Underwriters Laboratory, a certification that is required under the state electrical code for all electrical appliances and equipment within the home.

The revelation came after Councilmember Michael Termini, who is an electrician by trade, asked PG&E about the certification. After PG&E staff went to their car to fetch a Smart Meter, the council and PG&E spent several minutes unsuccessfully trying to locate the UL symbol on the meter. This convinced Councilmember Termini that an immediate ordinance was required to protect public safety.

“Gov. Brown must immediately act to remove President of the CPUC Michael Peevey, a former executive with Southern California Edison, who has been a symbol of the agency’s coziness with utility companies, a coziness that contributed to the San Bruno disaster as well as the current ‘smart’ meter debacle. The CPUC simply isn’t doing its job and it needs a change of leadership.” said Joshua Hart, Director of Stop Smart Meters!