Add an Event
Newswire
Calendar
Features
Home
Donate
From the Open-Publishing Calendar
From the Open-Publishing Newswire
Indybay Feature
Publish to Newswire
Add an Event
Related Categories: California | Health, Housing & Public Services
Smart Meter Industry: Consumers Are Rats in a Maze
by Joshua Hart
Monday Feb 14th, 2011 6:58 PM
The speaker for the afternoon was Chris King, Chief Regulatory Officer of eMeter Corporation, a software and communications provider for the utility industry. He revealed the industry’s contempt and arrogance toward its customers:
“Consumers are a little like rats. You put them in one side of the maze and see where they come out.” 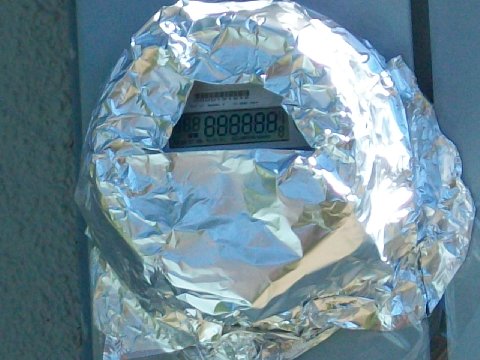 Recognition to the City of Capitola, who last week became the 7th local government in California to criminalize the installation of ‘smart’ meters in their jurisdiction. (along with Marin, Santa Cruz, and Mendocino Counties, and the cities of Fairfax, Watsonville, and Rio Dell). At least twenty-six cities and counties have demanded an immediate moratorium.

On Tuesday we sat down to lunch with Greg Kiraly, new head of PG&E’s smart meter program, and several other PG&E and energy industry officials at a downtown SF luncheon sponsored by the Power Association of Northern California (or PANC). In November, Kiraly took over PG&E’s smart meter program from Bill Devereaux- or “Ralph the activist” as he preferred to be known when he was spying on anti-smart meter groups. (A criminal investigation by the CPUC is ongoing).

Kiraly suddenly got very pale when I sat down at his table. He avoided eye contact and left the lunch early- perhaps all this public resistance to smart meters is getting to him.

We spoke at length to the PG&E and industry people who were at our table, describing the hundreds of anguished complaints we’ve received from people with headaches, tinnitus, or difficulty sleeping since the meter went in. We told them about the people we knew who were so electrosensitive to the meters they had to flee their homes and their careers. We talked about the strong scientific evidence for health damage caused by wireless radiation, and the growing public resistance to their meters. We told them it must stop. And we also told them that we know they are good people with families that they love and care about and we know they wouldn’t want to willingly inflict this kind of pain on people.

It was a rare honest exchange. These opportunities to directly communicate with a corporation like PG&E in an informal setting- out of the media and political sphere- are increasingly rare. They asked what we propose in place of the wireless meters. They asked where the funding would come from. We suggested fibre optic cable as an alternative to wireless and their investors’ 12% annual return as an appropriate funding source. They listened intently as I described the health damage that was occurring.

Though the corporation is not listening- it seems many of its employees are- and they are increasingly concerned. One of the PG&E public relations people- a woman who had just started at PG&E- told me her microwave had recently died and she and her husband chose not to replace it. “There’s more counter space now and you know- the food actually tastes better on the stove.”

The smart grid companies like you if you are "attentive," of if you are an "adopter" or a "follower." They're not so keen on the "laggards", "doubters," or "rejectors" One man in the front snidely remarked: "those are the people that show up at PUC meetings......."

The speaker for the afternoon was Chris King, Chief Regulatory Officer of eMeter Corporation, a software and communications provider for the utility industry. He revealed the industry’s contempt and arrogance toward its customers:

“Consumers are a little like rats. You put them in one side of the maze and see where they come out.”

Indeed utility customers do feel a lot like rats, Mr. King. We both apparently have no choice in being doused with strong wireless radiation by governments and corporations. The peer-reviewed research says that rats’ DNA strands deteriorate when exposed to relatively weak rf signals- far below that of a smart meter. I’m sure the rats did not enjoy that experiment. We’re not enjoying it either.

A MAJOR PROTEST AGAINST FORCED SMART METER INSTALLATIONS IS PLANNED THIS COMING WEDNESDAY FEB. 16TH NOON AT THE CPUC CORNER OF MCALLISTER AND VAN NESS IN SF. BE THERE. WEAR RED.
http://stopsmartmeters.wordpress.com/2011/...
§
by Joshua Hart Monday Feb 14th, 2011 6:58 PM 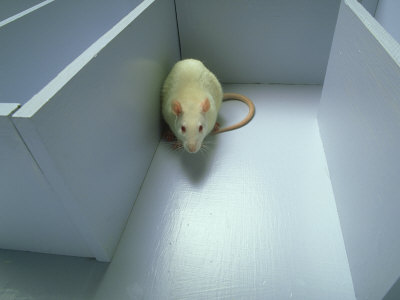 http://stopsmartmeters.wordpress.com/2011/...
Add Your Comments
LATEST COMMENTS ABOUT THIS ARTICLE
Listed below are the latest comments about this post.
These comments are submitted anonymously by website visitors.