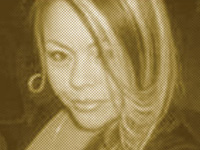 On January 23rd, Annette Garcia, a mother of three, was shot to death by Riverside Sheriffs after they received calls that she was suicidal and under duress due to a marriage dispute. Reports by the family and witnesses state that she "posed no harm to the officers involved, yet she was shot at six times until a bullet hit her in the back as she tried to run for cover." It took over an hour to get medical attention and Annette Garcia died in the arms of her children.

Due to this outrage and other recent police misconducts and abuse around the nation, several community members from Watsonville and Santa Cruz held a candlelight vigil protest on January 25th in Watsonville. Participants held signs demanding an end to police brutality, "Justice for Annette Garcia," "Justice for Oscar Grant," "Justice for Rudy Cardenas," and "**** the police!"