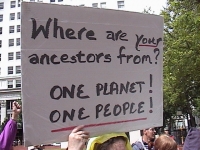 On the heels of the largest and most aggressive immigration raids in northern California to date, Santa Clara County supervisors voted to oppose a federal immigration measure that they say would affect all workers adversely.

Provisions in the Secure America through Verification and Enforcement Act of 2007 (H.R.4088) would expand an electronic verification system that Santa Clara County supervisors say would adversely affect all workers. "The SAVE Act's punitive approach fails to fix our larger immigration problems," Supervisor Blanca Alvarado said. "Hopefully next year Congress and the administration will do what's really necessary; take more concrete, positive steps toward comprehensive immigration reform."

The elected supervisors expressed concern that documented workers and naturalized citizens could get mistakenly snagged in the faulty program. They cited a report indicating that a decrease in federal revenues of more than $17 billion over the 2009-2018 period would likely result, causing an increase in undocumented workers being paid outside the tax system.

County residents asked supervisors to make a statement after the largest and most aggressive Northern California workplace raid to date. On Friday, May 2, Immigration and Customs Enforcement (ICE) raided 11 El Balazo restaurants in San Francisco and the East Bay. Workers and witnesses report that undercover ICE agents entered the restaurants, ordered lunch, sat down to eat and then called in uniformed ICE agents to surround the restaurants and block exits. ICE inspected employees personal belongings and detained more than 60 workers despite not having a single arrest warrant. The raid took place a day after May 1 demonstrations in San Jose and San Francisco calling for labor and immigrant rights. The timing of the raids is suspect; many see them as being clearly retaliatory and designed to punish immigrants for speaking out.