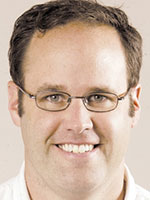 On becoming Santa Cruz Mayor last November, Ryan Coonerty laid down a new set of procedures at City Council requiring members of the public to get his permission before talking on "Consent Agenda" subjects. The afternoon Consent Agenda makes up more than half of what City Council acts on. Hence this new ruling removes Public Comment on the majority of Council actions.

Traditionally, members of the public could require the Council remove an item for comment by the public. Such comment was usually limited to 3 minutes. In 2005, then-Mayor Rotkin further limited comment on the entire Consent Agenda to 5 minutes. So, if you wanted to talk on two items, you could only talk 3 minutes on one and then 2 on the next one and were banned from speaking on any other items.

Coonerty's new rules, as explained by the Deputy City Clerk (and by Rotkin and Coonerty) are as follows: If you want to talk about an item on the Consent Agenda, you have a 2-minute period to explain to the Council why they should allow you to do so. However, during this time, according to Coonerty, you cannot talk about the "substance" of the item, until given permission to do so... Read More