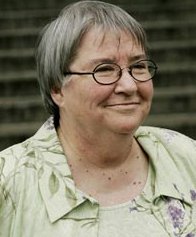 February 10th: After a seven-month trial, progressive New York attorney Lynne Stewart was convicted today on charges of conspiracy to aid and abet terrorism. Her co-defendants Mohammed Yousry and Abdel Sattar were also convicted. They all face 20 to 40 years in jail. Stewart has announced plans to appeal. She is currently free on 500,000 bail but is limited to travel in New York State. During the course of Stewart's seven-month trial government prosecutors failed to produce a single witness or piece of evidence linking Stewart to a single act of terrorism or to any other illegal activity.

Lynne Stewart was convicted on conspiracy charges of aiding and abetting terrorism, of defrauding the U.S. government and of violating a government Bureau of Prisons Special Administrative Order (SAM) when she released a press statement from her 1995 client, the Egyptian cleric Omar Abdel Rachman.

Stewart supporters call the conspiracy charges a "frame-up." They also say that the conviction demonstrates the continued erosion of fundamental civil liberties in an era where the protections of the Bill of Rights have been subordinated through new legislation to a fear generated by the government's insistence that terrorists are everywhere. The government admitted that it had engaged in 85,000 acts of wiretapping of Stewart's emails, faxes and phone calls. The government eavesdropped, through hidden cameras and microphones, on Stewart's meetings with her client.