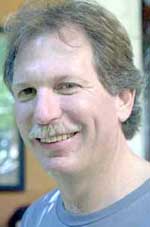 12/12/2004: Gary Webb, an investigative journalist, author, and recent legislative staffer, was found dead of a gunshot wound to the head Friday in an "apparent suicide" in his suburban Sacramento home. He was 49 years old. He had been a staff writer for the San Jose Mercury News from 1989 to 1997, he exposed freeway retrofitting problems in the 1989 Loma Prieta earthquake, and also wrote stories about the Department of Motor Vehicles' computer software fiascos. He had also been a Guest Editor for NarcoNews.

Webb was perhaps best known for sparking a national controversy with a 1996 story that exposed how supporters of a CIA-backed guerrilla army in Nicaragua helped trigger America's crack-cocaine epidemic in the 1980s. The Dark Alliance series in the Mercury News came under fire by other news organizations, and the paper decided that the series did not meet its journalistic standards. (Analysis) Webb resigned a year and a half after the series appeared in the paper. He then published his book, ``Dark Alliance: The CIA, the Contras and the Crack Cocaine Explosion"

During the last several years, Webb had worked in the California Assembly Speaker's Office of Member Services and for the Joint Legislative Audit Committee. The committee investigated charges that Oracle received a no-bid contract from Gov. Gray Davis. Most recently, he worked for the weekly Sacramento News and Review. Recent Article by Webb about the US Army's favorite video game. He had also written for such publications as High Times. Reporters and activists worldwide feel that Gary Webb did the world a great service by breaking the Dark Alliance story. America's Debt to Journalist Gary Webb by Robert Parry.