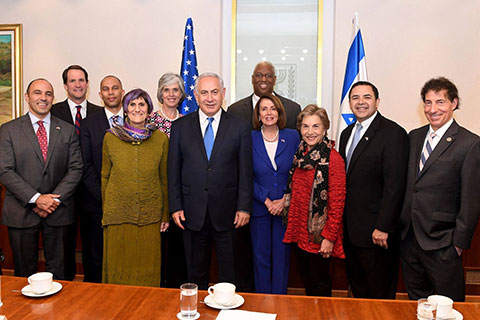 Congressman Jimmy Panetta, who represents California's central coast, was a member of a Democratic congressional delegation that visited Israel on March 26 to congratulate the nation on the 70th anniversary of the establishment of its government. Nancy Pelosi, the leader of the delegation, stated ahead of their visit, “There is no greater political accomplishment in the 20th Century than the establishment of the State of Israel."

On March 26, Israel's army announced that “dozens of snipers" would be deployed in Gaza during the Land Day demonstration planned later that week, a decision that eventually lead to a bloody massacre against unarmed Palestinians. On March 30, the same day as the massacre, Panetta released a public statement describing his visit to Israel with the delegation. Panetta's statements omitted any reference to the bloodshed in Gaza. He instead posted a benign photo of the delegation and him meeting with "Palestinian youth in Jerusalem".

The Land Day demonstration coincides with Israel's founding, which Palestinians refer to as the Nakba, or "catastrophe." In 1948, more than 750,000 Palestinians were expelled from their homeland to make way for the establishment of the state of Israel.