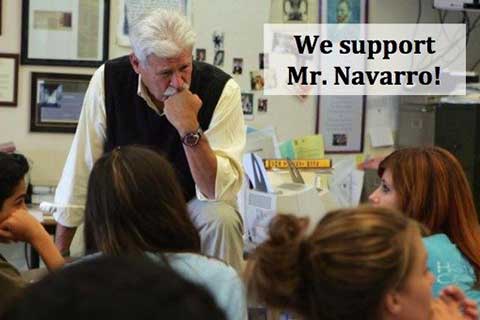 According to the Mountain View High School Oracle newspaper, MVHS principal David Grissom and other school administrators made the decision to put history teacher Frank Navarro on administrative leave. The leave was prompted by Navarro's alleged comments in class that made connections between Donald Trump and Adolf Hitler.

"Whether or not he said this, it is dangerous and disgusting that the administration has decided to punish him for drawing parallels between two similarly dangerous moments in history," wrote MVHS alumnus Annie Ashmore in a petition to the principal.

Mr. Navarro stated, “I feel strongly about this: to stand quiet in the face of bigotry and to turn your eyes away from it is to back up the bigotry, and that’s not what I, or any history teacher, should be doing in our work.”