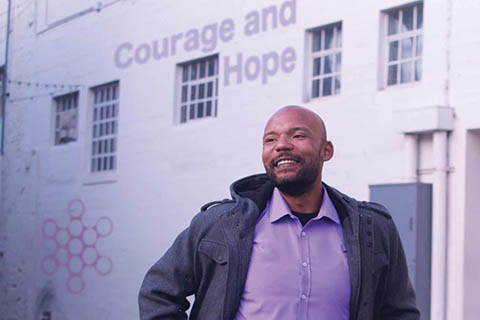 Santa Cruz City Councilmember Drew Glover faces attack after attack by City Staff and other City Councilmembers. Several members of the Commission for the Prevention of Violence Against Women (CPVAW) have continued their attacks on Glover by filing a complaint on behalf of former CPVAW Commissioner Kevin Grossman, regarding a Facebook post by Glover. Also, Councilmembers Donna Meyers and Martine Watkins are continuing to seek Drew's censure, even after a video has circulated clearly showing Councilmember Meyers screaming at Councilmember Glover and pounding her fist loudly on the council dais.

In a thank you note to the community of Santa Cruz, Drew Glover wrote, "Like I said when I was on the campaign trail, just because I am an elected official doesn’t change the fact that I am a community organizer. So, while I needed your support during the race, I need your support in making sure the will of the people is represented in local government. I need your suggestions, ideas and energy to come up and implement creative solutions to the problems we see around us."

Councilmember Glover is on the Santa Cruz City Council agenda on March 10 at 7:30pm. Allies of Glover have put out a call to "Come to the City Council meeting to support Drew!"