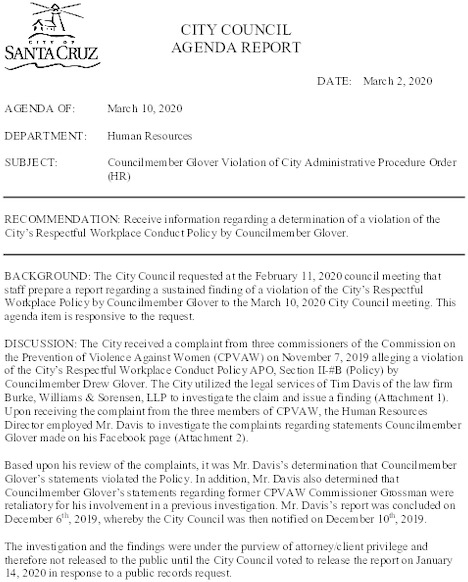 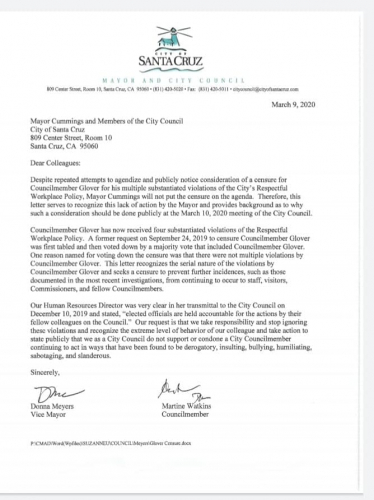 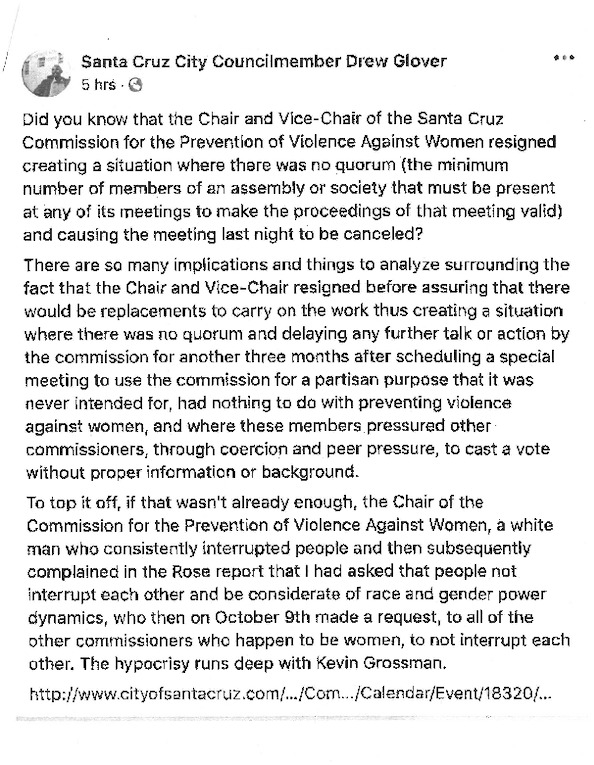 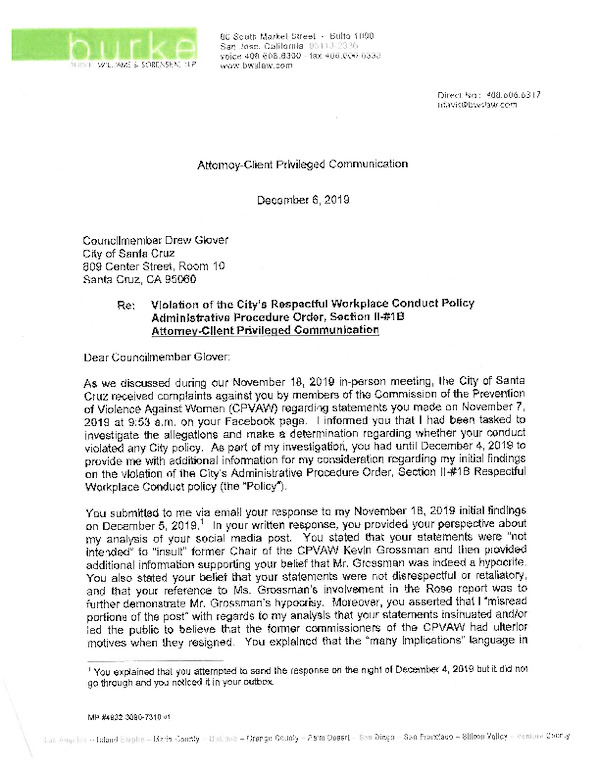 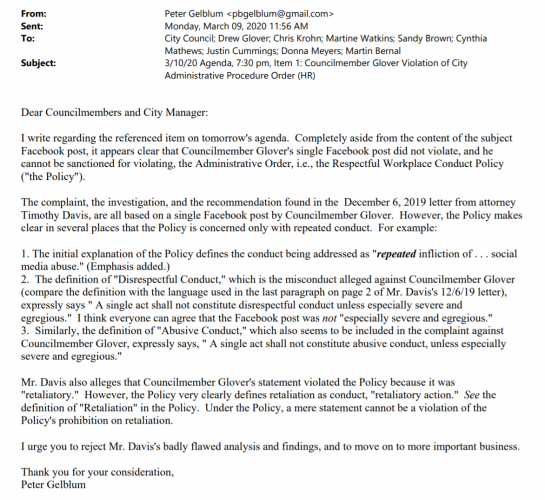 The complaint, the investigation, and the recommendation found in the December 6, 2019 letter from attorney Timothy Davis, are all based on a single Facebook post by Councilmember Glover. However, the Policy makes clear in several places that the Policy is concerned only with repeated conduct. For example:

Mr. Davis also alleges that Councilmember Glover's statement violated the Policy because it was "retaliatory." However, the Policy very clearly defines retaliation as conduct, "retaliatory action." See the definition of "Retaliation" in the Policy. Under the Policy, a mere statement cannot be a violation of the Policy's prohibition on retaliation.

I urge you to reject Mr. Davis's badly flawed analysis and findings, and to move on to more important business.

Thank you for your consideration,
Peter Gelblum
Add Your Comments
Support Independent Media
We are 100% volunteer and depend on your participation to sustain our efforts!