Add an Event
Newswire
Calendar
Features
Home
Donate
From the Open-Publishing Calendar
From the Open-Publishing Newswire
Indybay Feature
Related Categories: Santa Cruz Indymedia | Government & Elections | Womyn
Chair and Vice-Chair Resign from City's Commission for the Prevention of Violence Against Women
by Santa Cruz News
Saturday Nov 9th, 2019 9:53 PM
Kevin W. Grossman, Chair of the City of Santa Cruz Commission for the Prevention of Violence Against Women (CPVAW), and Vice-Chair Leila Kramer have both resigned from their positions on the Commission. Due to a lack of a quorum triggered by their resignations, the November 6 CPVAW meeting was adjourned to the next regularly scheduled meeting of February 5, 2020. Photo: Former CPVAW Chair Kevin Grossman (left) and former Vice-Chair Leila Kramer (middle) speak at the September 24 Santa Cruz City Council meeting with current CPVAW Commissioner Brooke Newman. 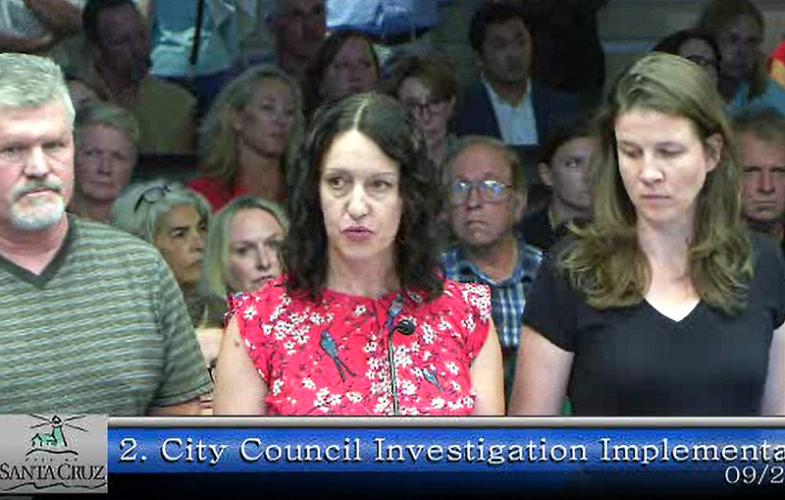 It is unclear why the commissioners resigned, but the resignations were tendered following the controversy raised when Grossman issued a press release on behalf of CPVAW on September 25, calling for the censure of Santa Cruz City Councilmembers Chirs Krohn and Drew Glover to be re-agendized by the City Council.

A motion to censure Councilmembers Glover and Krohn had been originally placed on the September 24 City Council meeting agenda, but it was tabled by council. Grossman and Kramer were present at that meeting to speak in support of several of those who filed workplace conduct complaints against the Councilmembers, which was partly what precipitated the censure. The complaints were related to communication issues.

When the censure was re-agendized for the October 8 City Council meeting, Gillian Greensite, the co-founder of CPVAW, and its first Chair, spoke to Council at that meeting about how the Commission had strayed outside of its original charge, of "sexual harassment, rape, and domestic violence," when it moved to essentially endorse the censure of Councilmembers Krohn and Glover.

Greensite added, "I have no doubt that the complaints that the women brought forward [against Glover and Krohn] were serious in their eyes and well investigated. They had nothing to do with the commission."


A video of Greensite's comments to Council on October 8 can be found at: 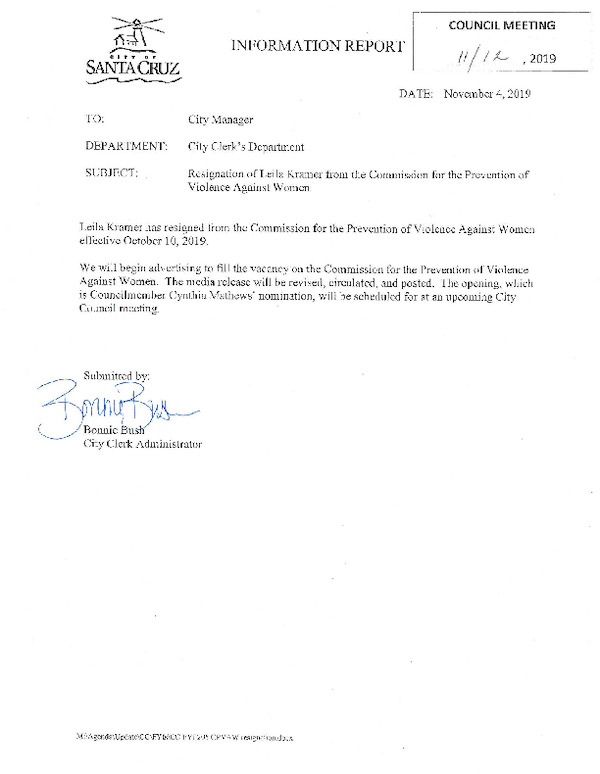 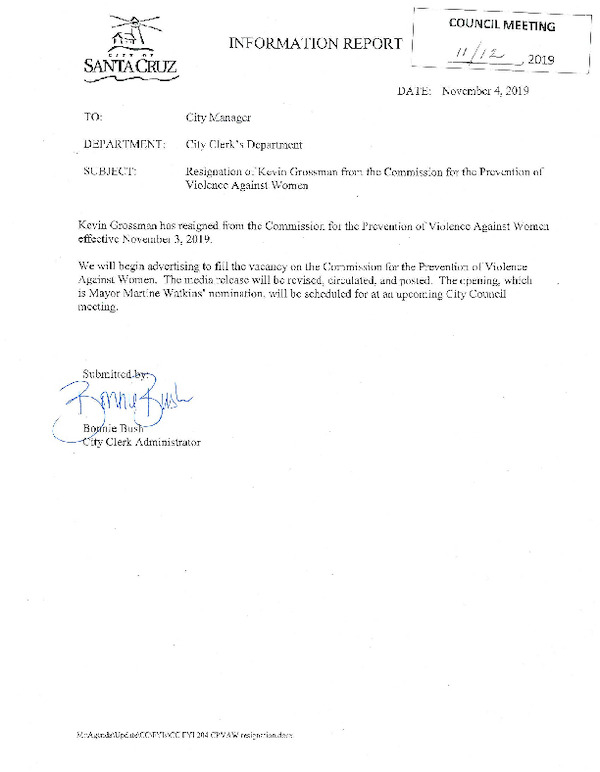 Download PDF (201.7KB)
Add Your Comments
Support Independent Media
We are 100% volunteer and depend on your participation to sustain our efforts!